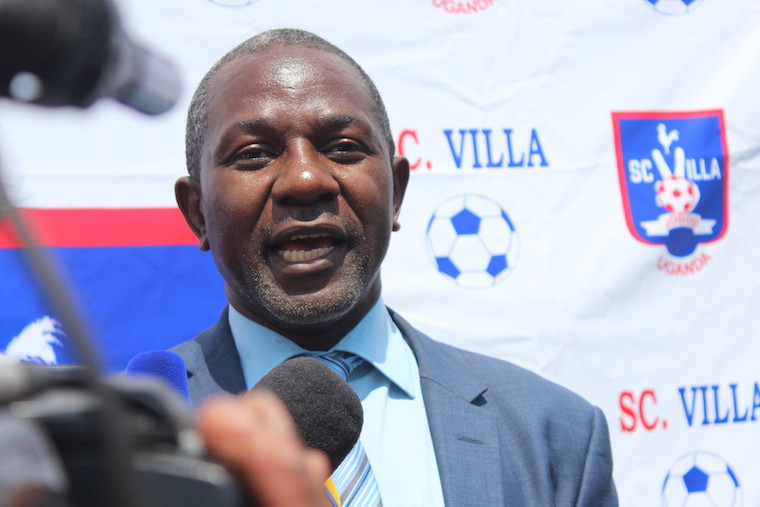 If by Tuesday, September 7, SC Villa have not held elections for a substantive leadership, they will not be granted a license to participate in the Uganda Premier League 2021/22 season.

That is according to a letter written to the club last week by the Uganda football governing body, Fufa. By the look of things, SC Villa do not have enough time to meet the Fufa requirements going by the deadline they were given, following their aborted elections on Saturday, August 28.

Yet, it still remains a mystery why the much anticipated elections for a new club president between Medard Sseggona and Denis Mbidde were stopped, following a court injunction.

Brenda Nambalirwa Kawuma, the applicant for the court order explained to The Observer what compelled her to go to court: “The Villa election committee did not release the voters register in the time they had promised to, which made the whole process suspicious. Without knowing the actual people and the number eligible to vote always created a possibility for fraud and vote rigging.”

According to election guidelines that had been put out by the Villa electoral committee (VEC), the process of registering voters was to end on August 25. Then, the voters' register would be displayed. But by August 26, the registration of voters continued, which was beyond the stipulated deadline.

In addition, Nambalirwa noted that the online registration process was not reliable. She noted that while the electoral committee had assured the club members that it would be working around the clock, to enable people register at their convenience, instead it appeared to be working at the whims of someone.

It was on and off, and many Villa fans complained of failing to register in time because the system was on and off; oftentimes dysfunctional. This locked out many fans. Others were frustrated by the fact that even when they registered, they did not receive registration numbers, let alone voting links.

On top of that, when the voters' register was released, some people’s names appeared twice with two registration numbers. This suggested that one person could actually vote twice, Nambalirwa said. However, Robert Kiggundu, the chairman of the VEC had assured The Observer that there was no chance someone could vote twice.

Kiggundu said that the system was water-tight, and would reject double voters. But Nambalirwa felt that the VEC was incompetent, because the things Kiggundu said would not happen, like double registration, actually popped up on the voters' register. And without wasting time, had to run to court to stop the whole process.

In her view, Nambalirwa felt that it was a noble call to save her beloved club from having a mockery of an election. Besides, she continued, that the VEC had not done enough sensitization of voters on how the voting would be conducted.

On one hand, the VEC said that the elections would be conducted online. But then, the mixed messaging also entailed notifications, that voting would be done physically at Villa Park, the team’s training ground in Nsambya.

Yet, a few hours before the voting day, it was brought to the attention of the Villa fraternity, that instead of Villa Park, they would go to Speke hotel. Add the fact that there were no ballot papers for physical voting, made the process quite complex.

This is because, according to Nambalirwa, whoever entered the voting booth, had to be helped to vote electronically by a second party. This also meant that the guides put in place to help could easily take advantage of those voting, and suggest to them who to vote or even mislead them.

Essentially, this appeared to be a precursor for possible vote-rigging because of how loose the process looked. So, with all that confusion, Nambalirwa had to seek redress from court, which stopped the Villa faithful from choosing between Dennis Mbidde and Medard Sseggona for the club presidency.

The registered Trustees of the Villa Members Trust, who in this whole saga, were the respondents, that had been sued in court, acknowledged the complaints raised by the applicant.

The trustees agreed to dissolve the current VEC, and appoint new members to it. Also, the process of voter registration and sensitization would be carried out. But above all, an interim executive would be appointed to usher the club through this period of correcting the wrongs in the election period, and run the affairs of the football club.

That said, Fufa, which wrote to Villa through their deputy CEO, Decolas Kiiza, is not in agreement with the fact that Villa is going to have an interim executive, yet they had a chance to elect a substantive management team.

According to Fufa, taking football matters to ordinary courts is against Fufa statutes, which SC Villa, as a member of Fufa, is bound by. And by agreeing to a court’s consent order, Villa’s trustees subjected the club to ordinary court procedures.

However, Edgar Agaba, a lawyer, and a member of the Villa Congress and Members Trust, said that Fufa and Villa alike are bound by the Uganda constitution and that there is no way they can defy a court order. Agaba added that Fufa should learn to talk to people, and leave Villa to solve its problems instead of issuing threats.