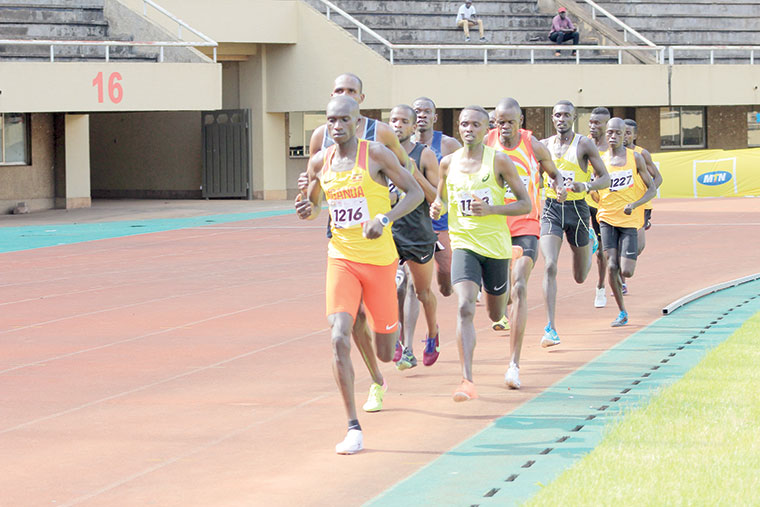 For the last three years, the most open secret in sport is that Uganda has been looking forward to the  Tokyo 2020 Olympics 10,000m final in which her Joshua Cheptegei is overwhelming favourite, writes MARK NAMANYA.

When the Games were delayed by a year because of the Covid-19 pandemic, the overwhelming disappointment was down to Joshua Cheptegei’s seemingly inevitable gold being postponed by a force of nature no one had had control over. There was palpable disillusionment in the country.

But today Friday (July 30) afternoon, the long-awaited moment will finally be upon us. It is the day when Cheptegei will in all likelihood rubber-stamp his name in the annals of the world’s biggest games.

Obviously, Cheptegei and his minders will not be reading complacent stories like this one going into the 10,000m final. In sport, it is never over till it’s over. Cheptegei has shaped his mind to know there are obstacles awaiting him going into Friday, starting with the burden of expectation on his shoulders as the greatest ever medal hope for Uganda going into the Olympics.

John Akii-Bua (1972) and Stephen Kiprotich (2012) were surprise gold medallists; no one genuinely expected them to achieve what they did before the Munich and Tokyo Olympics respectively.

Cheptegei’s case is different. As the reigning world champion and world record holder, he is viewed as a shoo-in for gold on Friday afternoon. The Kapchorwa superstar, however, will enter the Olympic stadium with the mind of an athlete racing against an elite field of long-distance runners.

It helps that among that rich field for the 10,000m final is Jacob Kiplimo, a teammate and friend of Cheptegei, who is another reason Uganda will have genuine reason to expect more than one medal on Friday. It also ought to be noted that games of this magnitude have been awash with bizarre occurrences that have led to results that upset the formbook.

No one can predict such a thing like a hamstring in the middle of the race and Cheptegei would know best having suffered a spectacular capitulation in the 2017 IAAF World Cross-Country Championship at Kololo Ceremonial Ground.

At the time his legs gave way, Cheptegei had destroyed the field and appeared to be racing against the clock only. With all that in mind, Cheptegei will be very calculated and measured going into Friday’s race.

Olympics take four years to happen – the Tokyo Games have taken five – and this is a moment Cheptegei will not want to let slip. He has won everything else there is in the sport to become a millionaire whose legacy is secured.

But he hasn’t yet stood on an Olympic podium. In 2016 in Rio, he was still a young man honing his talent. He was still raw but picked up valuable lessons that would transform him into the world beater he is today. Come Friday, he will know that the global spotlight will be on him to win a medal that should have been placed round his neck some 365 days ago.

Other Ugandans who will be in action on Friday are 800m world champion Halimah Nakaayi and her compatriot Winnie Nanyondo, who will compete in the heats.

Albert Chemutai will race in the first round of the men’s 3,000m steeplechase competition while the trio of Esther Chebet, Sarah Chelangat and Prisca Chesang will be hoping to qualify for the final when they run in the 5,000m women’s opening round.