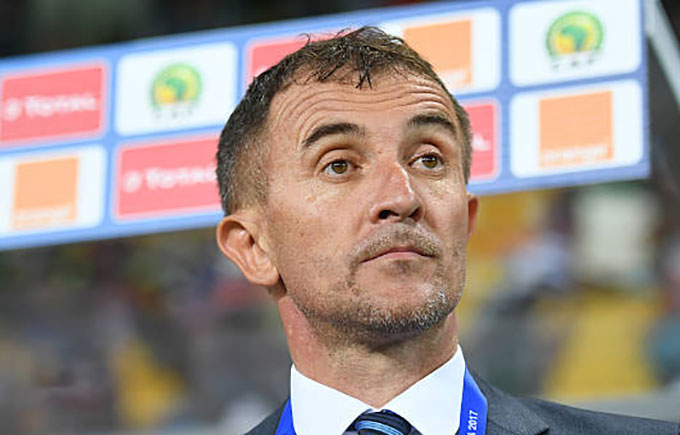 Micho has returned as Cranes coach

Since former Cranes coach Milutin ‘Micho’ Sredojevic and the Football Association of Zambia (FAZ) agreed to terminate his contract by mutual consent on July 17, there has been a frenzy in the corridors of Fufa at Mengo.

Apparently, a section of the 13-man Fufa executive, that are supposed to pick the next Uganda Cranes coach have been swept off their feet by the prospect of having Micho in charge for a second stint.

Yet, before Micho’s name got into the hat for The Cranes job, there was a shortlist of four coaches. These apparently included a British national, Chris McGinn, George Finidi from Nigeria, Police FC’s Abdallah Mubiru and a Frenchman whose credentials were being examined, a sure certainty of the fight Micho has on his hands.

However, because Micho concluded his four-year stint as Cranes coach in 2017, after he had guided the team to its first Africa Cup of Nations appearance in 39 years, tilts the balance in his favour. On top of that, Micho still has so many friends at Fufa, who idolized his working culture and thorough approach to detail.

It is against the aspect of detail, that Micho may be considered ideal as Cranes new coach. Micho’s knowledge about Ugandan football, its culture, players ability and bringing the best out of them, is probably second to none.

In addition, Micho would most likely fit into Fufa’s budget, and would not take time settling in. Therefore, getting the team to gel for the forthcoming 2022 World Cup qualifiers would not be hard for him in the shortest time possible.

Nevertheless, an insider in Fufa, who does not back the idea of re-hiring Micho, believes Uganda needs to move on to fresh ideas by bringing in a new voice to The Cranes dressing room.

Mark Ssali, a sports journalist, concurs: “While I like Micho for his knowledge of Ugandan football, I think by returning to him now, we are simply playing safe. We are going back to the past, because we really do not know where we want to go, and how to get there.”

Micho handled 84 games as The Cranes coach. During that time, Cranes won 38 times, lost 25 and drew 21. Micho had a 45% winning ratio coupled with 87 goals scored during his reign, an average of one goal per game. Such figures suggested that Micho’s team was not attack-minded.

And because of that, Cranes were not free scoring, something his critics highlight as one of the disadvantages. Besides, there is a sense that Micho failed in his last outing, as Zambia’s coach, where he was handed the coaching reins in February 2020.

The Serbian wolf, as Micho refers to himself, was in charge of the Chipolopolo for 27 games, winning 11, drawing eight and losing eight.

Of these, were 12 competitive matches, winning four, drawing four and losing four. But the breaking point of Micho’s relationship with FAZ, was the national team’s failure to defend the Cosafa Cup earlier this month.

We need to get away from the senior team's ultra defensive culture. Hiring defensive minded MIcho, is not.

Maybe, Micho should be the technical adviser?

Anyway, let MIcho get all the support he needs and give it a go.

But let local coaches handle the CHAN team. We need to support them and expose them.
Report to administrator
0 #2 Jimmy 2021-07-30 13:29
People forget so easily.Micho may be defensive but he is the one who made the Cranes learn to win matches away from home.It was a rare feat.

He was able to help players get professional contracts abroad,he can spot talent. Uganda is a poor country with poor management.I think he can fit in our budget
Report to administrator