The Observer
Log in
Updated an hour ago
Most Popular:
10 - Gen Muhoozi blocking critics on Twitter envisions a poor leader
9 - MPs clear govt to borrow Shs 529bn for construction of 116 schools
8 - Museveni orders probe into Equity bank sale of Simbamanyo House
7 - When you see people laughing at painful things, get worried
6 - How Museveni reaped from 9/11 terror attack on USA
5 - For a chance at presidency, Muhoozi has to coup-d’état his father
4 - Mafia swelling street kid numbers in Kampala
3 - Money seized from Equatorial Guinea VP to pay for COVID-19 vaccine
2 - Court summons Kyagulanyi over fraudulent admission to Makerere University
1 - Company without graders gets Shs 400bn Unra deal 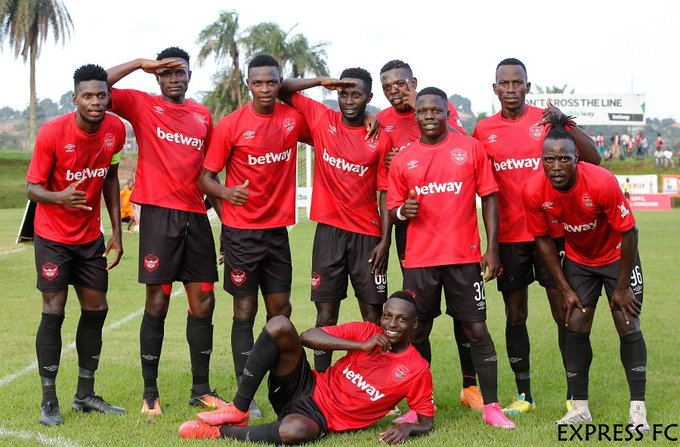 As the fortunes of Express FC continue to rise after their league triumph, SC Villa needs to get back to the board to forge a united front, writes Mark Namanya.

Towards the end of the 2017-18 Uganda Premier League season, the mood at Mutesa 1 stadium, Wankulukuku was sombre. With the club losing games in succession, a strong possibility emerged that Express was destined for the Fufa Big League.

As the league approached its conclusion, Express’ probable relegation stopped being a possibility; it neared reality. Despite the club enjoying an illustrious history and a status as one of the best-supported teams in the country, a drop to lower-tier football seemed inevitable.

It was only a win over Masavu on the last day of the season, thanks to an Alfred Leku strike, that secured Express’ topflight status. The club succeeded in snatching survival from the jaws of relegation.

That period, which occurred only three years ago, is now a very distant memory in the grand scheme of things after Express were crowned the 52nd champions of the Uganda Premier League.

The Red Eagles will now represent Uganda in the lucrative Caf Champions League after clinching their seventh league title in history and arguably one of the sweetest.

Even though the title was awarded on a technicality after the league was put to a halt for the second season running because of the Covid-19 pandemic, few can argue that wasn’t the best team in the country in the just-ended season.

Their end-of-season streak where they won seven in a row was a run worthy of champions and they did it, combining mental resilience with panache.

Although URA and Vipers were breathing down their necks, Express were the form team of the league and looked a team with a date with destiny.

It is not surprising that the Red Eagles are now in the running for a League and Cup double with Wasswa Bbosa’s side in the semi-finals of the Uganda Cup.

The club was shrewd in pre-season recruitment and the signature of Cranes defender Murushid Juuko proved value for money. He brought experience, leadership and stability to a defence that would later prove impregnable over the stretch of the season.

Juuko’s acquisition got the best out of Enock Walusimbi and Isa Lumu, and on the final log of the season, the Red Eagles let in just 13 goals in 26 games. It turned out to be the meanest defence in the league with second-placed URA following the champions after conceding 18 goals.

Goals win games, as they say, but defences win you championships and in as much as Eric Kambale’s brilliance upfront hogged most of the headlines, the foundation of Express’ superb season was at the rear. Equally impressive was goalkeeper Mathias Muwanga who proved a formidable presence between the sticks.

So impressive were the Red Eagles that the departure of Disan Galiwango, the club’s top player before this campaign, is a faded memory.

Full credit ought to be given to coach Bbosa who cajoled his players and maintained the right chemistry all through the season.

For club chairman Kiryowa Kiwanuka, the trophy was the fulfilment of a family dream considering that his grandfather Jolly Joe Kiwanuka founded the club in 1957 while his dad Jimmy Mugambe steered the team in the 80s.

“This is simply very special,” Kiwanuka told The Observer on Monday. “Very, very special,” he reiterated. “My grandfather started this wonderful club so many years ago and then my dad took over in 1981, when Express was in real chaos. And when I took over, the club had just survived relegation. There is a lot of history here.”

Kiwanuka, who was recently appointed Attorney General, dispelled speculation that he is going to step down from his role as chairman.

“I do believe I am very good at multi-tasking; I would really want to see this process that I started continue maybe for at least one more season since we shall be on the continent.

“I don’t know how the work life balance will be like with the new job but I think I will manage to do both.”

Kiwanuka believes there is still a lot of work to do before anyone can say ‘Express is back at the pinnacle of Ugandan football.’

“We need to really set up a vibrant youth team to be the source of talent and the club must also become self-reliant financially.”

With no time frame in place for the Uganda Cup, Express have now embarked on a return to continental football in an adventure which will be expensive, challenging but joyous.

Meanwhile, pre-season optimism is a ritual for every club in the topflight but the reality check is more often than not delivered when the season is concluded.

For Uganda’s most successful club SC Villa, pre-season optimism is soon becoming pre-season despair. For the last 17 years, the club has entered the new seasons full of expectation but the team’s shortcomings have often been laid bare early in the first quarter of the new campaigns.

The 2020-21 championship was not any different from previous campaigns and by midway through the season, it was apparent that this was going to be another turbulent year at the club.

That the club have been struggling financially is not news anymore. There were moments when the players threatened not to play because of unpaid wages and arrears that stretched months.

The suspension of skipper Harishe Asuman for speaking in the media about the club’s financial struggles did not go down well with some of his teammates who felt the defender had been reprimanded for telling the truth.

The stark reality today is that SC Villa can’t compete in the market for a player and outbid anyone of Vipers, KCCA, Express or URA.

Back in the day when SC Villa were the dominant team in the country, the club’s bench players were as good or better than three-quarters of the rest of the starting line-ups in the league.

And while the club had on-pitch issues to grapple with, it is off-pitch where the sixteen-time champions have fallen short. The club are still under interim leadership and failed to execute the process of installing a new administration in place.

There is a section of members in the club’s hierarchy who feel the interim chairman of the club William Nkemba, who ironically enjoyed a distinguished playing career with the Jogoos, is too busy to dedicate sufficient time to club matters.

The club’s ownership question has continued to remain a grey area that has never been summarily addressed. The Villa Members Trust was inaugurated mid-season but since then, its structure has not been crystallized. Fans are still waiting on when the Congress, which was meant to offer leadership of the Trust, will be formed.

While the club continue wallowing in mediocrity, Villa’s rivals’ are camps at peace. Arch-rivals Express are champions and remain in pursuit of a double, KCCA remain the model club of the league despite a poor season, Vipers are growing in stature every passing year and URA have been turned around by coach Sam Ssimbwa.

There is nothing to suggest SC Villa are anywhere close to mounting a championship bid. It can be argued that this will be SC Villa’s most critical off-season seeing how the club have fallen so far behind in the bragging stakes in Ugandan football.

It took Express a near-relegation experience to awaken them from their slumber and SC Villa faithful will not want to go through a similar path of adversity.