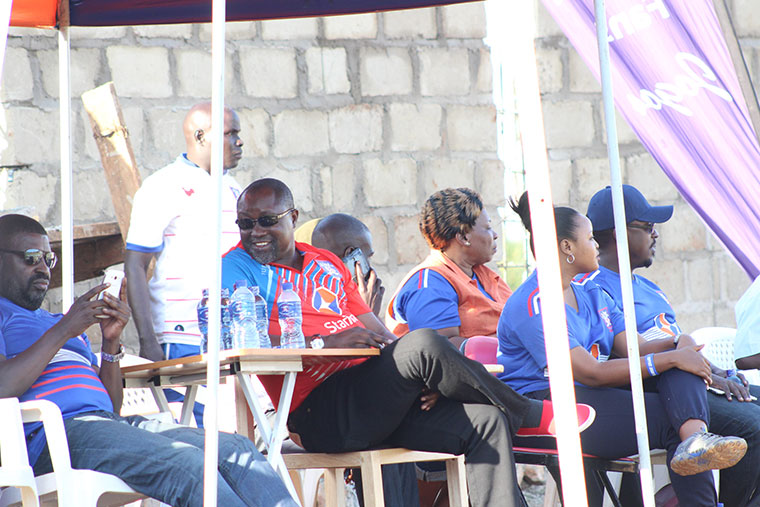 When I didn’t renew my position as SC Villa president in 2018, I promised I would forever have the club at my heart.

At the time, there was so much intrigue and ill-will that made my stay at the helm untenable; so, I thought it wise to let someone else take charge. A section of fans had already fuelled discontent that I did not care about the welfare of families of Villa legends, particularly Patrick Kawooya and Magid Musisi.

Since then, things have not been the same for Villa as fortunes dipped from title contenders to participants. So, when some in the club leadership reached out to me to return home, I didn’t hesitate and recently, I enlisted as a member of the newly-created club congress.

Part of the reason for my return is to participate in the upcoming club elections due on August 28. Leadership is important because it defines the identity and direction of the club; so, as a permanent stakeholder, I would have abandoned my duty if I don’t have a say.

On July 17, I attended the Zoom meeting of the SC Villa congress to debate the amended club constitution and roadmap to elections. It was an enriching debate that brought to the fore several bottlenecks that have stagnated the club. I personally offered some guidance and the need for transparency in order for Villa to reassume its status as the biggest team in the country.

However, there remain several grey areas that need to be addressed before the club can get back on track to recovery.

At the moment, Villa has three organs which include the Villa Members Trust for fans that pay Shs 50,000 per season. The second organ is the Villa Congress for those who part with Shs 1m every season. This, I’m meant to know, is the club parliament which deliberates on key issues and also votes in the leadership.

Then there is the Villa Management Trust, a composition of seven individuals that include Franco Mugabe, William Nkemba, Moses Matovu, Omah Ahmed Mandela, Guy Kawuma, MacDosman Kabega and Gerald Sendaula.

I am not aware how its composition or criteria came about but after consulting legal minds, I was informed this management trust is the club legal entity and, by extension, the seven are the club owners mandated to transact business for the club.

It is here I find a problem because this means the other organs are just creepers and whoever gets to be elected president will be a mere CEO and will not hold executive powers.

During the meeting, Fufa president Moses Magogo presented a new club constitution for the members to adopt. Among others, he introduced several clauses such as the need for one to have attained Senior 6 before standing for an elective position in the club.

I find this discriminative because serving as a football administrator is not sophisticated at all to require any level of education. This is meant to lock out many potential leaders who have the club at heart. During my reign, the most loyal fans were working in Owino, Kalerwe and Nateete.

Even when it came to contributions, businessmen from Kikuubo were the biggest funders and I know most of these fans did not go beyond Senior 4. In fact, this demographic is responsible for 90 per cent of Villa fans.

These are the people who watch matches, not the white-collar fans who discuss the game on social media. How ironic that Magogo would impose such a clause on Villa but removed it when it came to election of Fufa delegates!

During the golden days, Villa was led by people who didn’t go far in school; today’s so-called elites are clutching at straws.

For one, Villa diehard Henry Mulinde once gave me Shs 20m but he is not even past Senior 5. The same can be said of Abdallah Kitatta, the welfare official during my tenure, who used to spend more than Shs 30m on the team per season. Yet I know some of the 30 people who attended the Zoom meeting who did not even pay the Shs 1m.

Meanwhile, Magogo also wants a Villa presidential candidate to have a running mate on top of having both to commit at least Shs 20m to the club per season.

Whereas it is true Villa needs a leader who is wealthy, the same Magogo labelled me discriminative in 2018 when the Villa electoral commission proposed Shs 10m for a candidate. In a nutshell, this is another frivolous scam to create a ruling class at Villa as Magogo has done so with Fufa.

For goodness sake, Villa is a community club that should allow every candidate to use their own credentials, not to ride on another person’s back. Besides, there is no need for deputy president because it creates an unnecessary power centre. What Villa needs is someone with clout and capacity to be like an elephant that does not complain about the heaviness of its tusks.

The proponents of this arrangement claim they benchmarked it from European clubs and it has already been adopted by Egyptian and South African clubs but this is like comparing apples and oranges. Our football has not yet reached such lofty heights to have budgets in millions of dollars.

To me, the constitution that seeks to revive Villa is already dead and the clauses Magogo is bringing are akin to asking a human skull for life. It is also a conflict of interest on Magogo to impose a constitution on Villa yet he will be the same person to ratify it at Fufa.

Magogo is Fufa president, speaker of the Fufa assembly, member of parliament, member of Caf assembly, chairman parliament committee for ICT. In spite all of this on his plate; he still wants to meddle with the Villa leadership. Right now, Villa as a slave, it will do whatever the master says but slaves who think like the master will always stay in the prison even if the prison door is open.

Managing Villa is not rocket science but straightforward pragmatism. At the moment, there are several Villa fans in the wilderness due to unclear direction of the club. The club president should have capacity to address the press, attend matches, rally fans and attract the best players.

Club football is all about pragmatism, not these boardroom elitism meetings. If Villa identifies a good player, it should not be an issue to meet and deliberate on; the president should be in position to buy the player.

Therefore, I implore the current leadership to consider Villa as a fans’ asset, not a clique of elites who have spent the past three years dragging their feet. We cannot afford more time dwelling on the obvious.

Since leaving Villa, I turned to Nyamityobora so as to keep my football passion but my desire to see Villa succeed has not diminished. Durig my rein, I may have rubbed some people the wrong way by running and financing Villa almost singlehandedly in the four years but I left it with several assets and no debt. So, to learn that the club owes more than Shs 500m is absurd and this could be a booby trap for the incoming president to carry the debt burden.

Even on the part of fans, I had mobilized hundreds of Villa disciples that disappeared when I left. Some, like Kamodo, even moved on to Vipers. So my recent registration was to bring back the many fans at crossroads. In good and bad times, these fans have been with me.

So, my return provides them with assurance to follow the club again but to keep their loyalty, the club needs to address the glaring inconsistencies raised.

In essence, I returned to Villa to provide guidance while part of the team. Meanwhile, there are still some legal issues to sort; for instance, what is the fate of Villa Limited that I registered or the one by my predecessor Fred Muwema?

These are the glitches restraining Villa from reclaiming its position as the best team in the country.