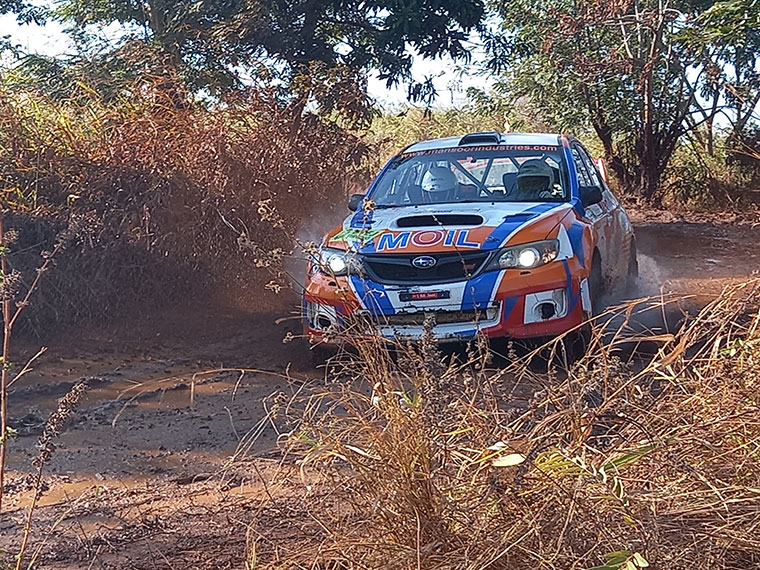 Chalinze, Tanzania: Uganda's only representing crew; Yasin Nasser and co-driver Ali Katumba at the 2021 Oryx Energies rally in Tanzania, closed day one in fourth position.
The Moil-sponsored crew that picked to start as car number one on the road after the qualifying stage at Ubena, managed to keep their Subaru Impreza GBV on road until end of the four special stages of the day.
However, they were not the main celebrants, as the other chasing pack of  Carl 'Flash' Tundo and fellow countryman, Karan Patel, took command of the event with the best times of 50:47 and 53:01 minutes for a 1-2 position finish respectively.
South Africa's Guy Boterill, managed a third position finish with a time of 54:55 minutes in the tight and speedy event. Seven contenders are now left to battle for points toward the African championship score after WRC/FIA rally young star Hamza Anwar rolling his Ford Fiesta R3 during practice.
The crew of Issa Amwari and Denis Mwenda in an Evox, the other ARC contender sealed the top five slots with time of 58:25 minutes.