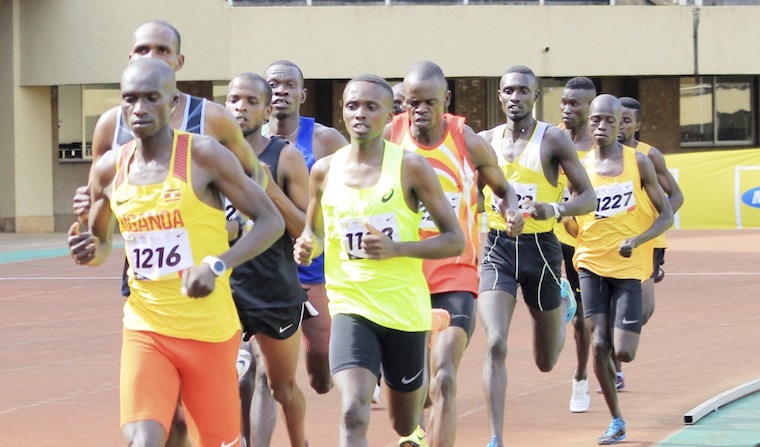 As the delayed 2020 Olympic Games inch closer to start this Friday, July 23, MARK NAMANYA breaks down each member of Uganda’s 25-athlete contingent as they seek to emulate Stephen Kiprotich, Uganda’s last gold medal winner in 2012.

Cheptegei is the world record holder over the 5,000 and 10,000m. The 24-year-old is also the reigning world champion. The double commonwealth gold medalist from the Goldcoast Games in Australia will be the man to beat in Tokyo.

He has turned smashing world records into an artform and arrives in Tokyo as arguably the greatest sportsman Uganda has ever produced. The only medal missing around his neck is the Olympic one and observers expect him to finally win it when he lines up for either or both the 5,000m and 10,000m in Japan.

For Jacob Kiplimo, the 2020 Olympics come at a time when he is nearing his full potential. At the 206 Games in Rio, he became Uganda's youngest-ever Olympian when he competed aged just 16. Today, however, he is a 21-year-old with maturity, focus and ambition.

Kiplimo owns a host of national and world junior records over 3,000m, 5,000m and the half marathon and will arrive in Tokyo as a genuine medal prospect for Team Uganda.

It will help his chances that for Team Uganda, all the attention and expectation will be on Joshua Cheptegei’s shoulders. Quietly below the radar, he could spring a major surprise at Japan 2020.

If there are medals for persistence and an unrelenting belief in one’s capabilities, them Winnie Nanyondo deserves one. The 27-year-old has been a consistent member of Team Uganda contingents over the last decade but has only the 2014 Commonwealth 800m bronze medal to show.

Nanyondo, who is close friends with 800m world champion Halimah Nakaayi, will arrive in Tokyo well knowing that she has an outside chance for a medal especially after her impressive showing at the 2019 IAAF World Championships in Doha, Qatar. She has tons of experience at the highest level stretching back to 2012 when she raced against future American star Ajee Wilson.

If Stella Chesang, 24, can rediscover the form that won her 10000m gold at the 2018 Commonwealth Games, she will depart Tokyo a contented lady regardless of whether she wins a medal or not. A lot has happened since in the world of sport but for Chesang, she is now a mother.

Not many female athletes bounce back from giving birth to become who they were prior to conceiving. But Chesang is a sports science graduate and won’t harbour feelings of inhibitions. This will be her first Olympics and she will want to impress; if not for Uganda, for her daughter.

The 29-year-old pugilist’s mission in Tokyo, Japan is very clear. He has set out to either win a medal or at the very least do enough to be thrust into professional boxing.

The all-action fighter was a frustrated man when the games were delayed by a year because of the Covid-19 pandemic but says he has been ready from as far back as 14 months ago for the world’s biggest games.

Ssemujju draws inspiration from John Mugabi, Uganda’s last boxing medalist at the Olympics, and has taken time to watch his fights to see how the man who was aptly named ‘The Beast’ took down opponents in the sweet science. Right now, says Ssemujju, all he is waiting for is the first bell of his opening round.

Ronald Musagala is in all likelihood not going to win a medal at the Tokyo 2020 Olympics. The 29-year-old will be pursuing a national record when he lines up in Japan against the cream of the world’s middle-distance runners.

Still, Musagala will cherish the moment and aim to upset odds the best way he can. Only eight years ago at the 2013 IAAF World Championships in Moscow, he stunned observers when he raced to a comfortable victory in the heats.

Having turned 20 in June last month, Chelangat’s best years are clearly ahead. The young talent, who holds both 5000m and 10,000m national records, participated in the Aarhus World Cross-Country Championships in 2019 and did impress.

Chemutai is slowly but surely growing into his element after breaking through at the U-20 World Athletics Championships in 2016 in Poland. The 22-year-old raced in the 2018 Commonwealth Games in Gold Coast, Australia and the following year made the team for Team Uganda at the 2019 World Cross-Country Championships in Doha, Qatar.

Chesang is an upcoming talent. Aged just 18, the Tokyo 2020 Olympics will be her biggest career games thus far. As a junior, she qualified for both the Olympics in Tokyo and the World U20 Championships to be held in August, Nairobi later this year.

Nakaayi is the reigning world champion over 800m after her historic victory over USA’s Ajee Wilson in Qatar, Doha two years ago. Nakaayi is a tried and tested elite middle-distance runner who also has a bronze medal from the 2019 All Africa Games in Rabat, Morocco among her impressive collection of silverware.

She represented the country at the 2018 Commonwealth Games in Gold Coast, Australia and is the national 800m record holder. The 27-year-old is viewed by pundits as a genuine medal prospect for Team Uganda.

Chelimo, 19, featured for national teams that travelled to the World Cross-Country Championship in Aarhus, Denmark in 2019, the World U20 Championships in Finland, the 2019 All Africa Games in Morocco and the 2018 Africa Youth Games in Algiers, Algeria. Tokyo will be his major Games.

Chemonges is the reigning national record holder of the marathon. The 24-year-old has featured for several World Cross-Country Championship teams before making the career decision of upgrading to marathon. This will be his first appearance at the Games.

A former World and Olympic champion, Kiprotich has represented Uganda at various international events. This will be his third appearance at the Olympics after making it to London 2012 and Rio De Janeiro 2016.

It is a measure of his endurance and dedication that he can still be selected, nine years after his historic marathon gold in London. The 31-year-old has represented Uganda since 2006 and will forever be ranked among Uganda’s finest sportsmen irrespective of how he performs in Tokyo. He is also the team captain.

Kissa, 24, has represented his club and country and several promotional and Championship events including the 2020 World Half Marathon in Poland and the 2019 World Athletics Championships in Doha, Qatar.

Shida is the national record holder over 400m, a record she had smashed time and again. The 26-year-old has represented the country at the Africa Senior Athletics Championships in South Africa, the 2019 All Africa Games in Morocco and the 2015 version in Congo Brazzaville. She also raced at the last Commonwealth Games in Gold Coast.

The 23-year-old competed for Uganda at the 2017 World Cross-Country Championships in Kampala and the 2016 U-20 World Championships in Poland. At the Commonwealth Games in Gold Coast, Australia two years ago, she won a bronze medal over 10,000m and has also won several medals in the national track and field championships.

The Tokyo 2020 Olympics will be Chemutai’s first national representation on the international stage. The 33-year-old has, however, featured in the top 10 of the MTN Kampala marathon several times.

Musobo, 35, represented the country at the World Athletics Championships in Doha, Qatar 2019. This will be his first appearance at the Olympic Games.

Nanziri was a silver medalist of the national open in 2019. She participated in the Olympic Qualifiers that were staged in Dakar, Senegal last year. The 21-year-old is making history by being the first woman to represent Uganda in boxing at the Summer Olympics.

Bwogi has risen to become one of the country’s top amateur boxers. A gold medalist from the 2019 national open, Bwogi secured bronze in the Olympic Qualifiers that earned him a spot in Tokyo.

She took part in the FISA African Olympic Qualification Regatta in Tunis, Tunisia. The 26-year-old secured the third of five spots available, coming behind Namibia and Morocco and ahead of Togo and Nigeria.

The 20-year-old represented Uganda at the Africa Swimming Championships and Open Water Swimming in Algeria in 2018. He also reached the final in the 50m freestyle where he finished seventh in the 2017 Commonwealth Youth Games in Bahamas.

Kirabo may be only 17 years old but she is not short on exposure and experience. She has participated in various CANA Zone 4 Championships where she has won golds, silvers and bronzes.

She represented Uganda at the FINA World Junior Championships in Budapest, Hungary in 2019 where she broke the national women’s 50m freestyle record. The Tokyo Olympics will be her first appearance at the world’s biggest games.