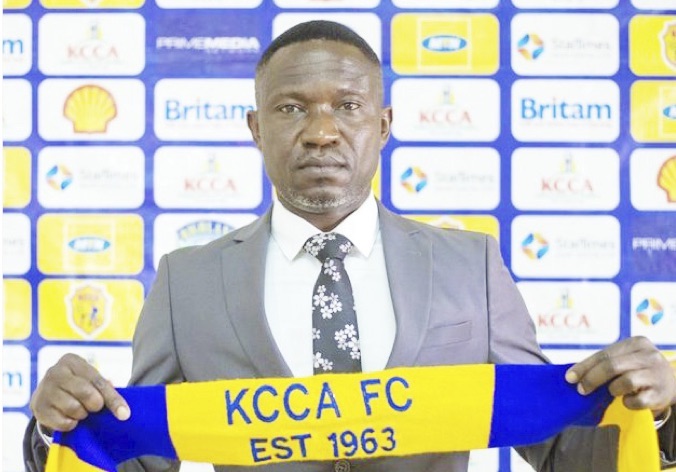 Last week, KCCA Fc officially unveiled Morley Byekwaso as the new coach after signing a three-year contract. It was fulfillment of Byekwaso's dream to coach the club that introduced him to the game, nurtured him into a star and provided him earning even after retirement.

There are few well-documented football stories like that of Byekwaso, right from his arrival at Lugogo as a ball boy to becoming a generational star. Here is a slightly abridged version of his bio I did seven years ago.

When KCC FC stalwarts George Nsimbe and Sam Ssimbwa retired in 1995, many expected club coach Fred Mugisha to dip into the transfer market and buy replacements. Instead, Mugisha gave Byekwaso the chance to prove himself, and the midfielder never looked back.

Today, Byekwaso is one of the fastest-rising tacticians in the country, having made his breakthrough with Victoria University FC. I have known Byekwaso since the early 90s when he set foot at Lugogo, KCC FC’s training ground as a ball boy.

With time, he started participating in the team’s training sessions. Defender Patrick Kabuye, who brought Byekwaso to Lugogo, persuaded KCC coach Fred Mugisha to sign the then 15-year-old. At the time, KCC had just dropped tested midfielders like Fred Musisi, Chris Njuki and Edward Kalungi.

However, Mugisha decided against taking the gamble on an untested youngster. He instead recruited top prospect Wilber Musika plus Burundian Ederi Nvambanu, Mohammad Sebugwawo and Peter Sebambulidde. Byekwaso’s breakthrough would come in 1995 when KCC appointed Mike Mutebi as assistant coach.

Mutebi is a football purist and prefers technical superiority to physical strength. In no time, Mutebi influenced Mugisha to change the team’s playing format to 3-4- 3 in order to accommodate Byekwaso.

Later that year, Byekwaso seized the opportunity and became a regular starter. He turned into a crowd favourite in the process with dazzling displays. His main weapons were the left foot and excellent vision.

Though KCC finished the league empty-handed following Express’s dominance of winning both league and Kakungulu (Uganda) Cup, Byekwaso endeared himself to the club faithful when he propped up with the winning goal against arch rivals SC Villa on the last day of the season.

His career got another boost when Mutebi became KCC head coach in 1996. Mutebi built his side on a formidable midfield of Byekwaso, Abdallah Mubiru, Musoke and Jackson Mayanja. The box-to-box style was a constant theme of his performances.

Deployed in the centre or occasionally on the left, the diminutive midfielder clearly had everything to thrive in the top-flight. He could handle the physical nature of the opponents, was blessed with a wonderful technique and passed the ball with assurance.

Byekwaso was a permanent feature in the KCC team and in August 1996, Cranes coach Asuman Lubowa gave the 18-year-old his first Cranes cap in the 1-1 draw with Ethiopia during the Africa Cup of Nations qualification.

Interestingly, Lubowa benched Mayanja and played Byekwaso in the right side of the midfield. The game ended 1-1 but Byekwaso was outstanding and since then he became part of the team.

He continued his Cranes form at KCC and played an integra role as KCC won the 1997 league title. The following year, a knee injury necessitated a long time on the sidelines. It didn’t help matters when talented Willy Kyambadde arrived from Express to fill the void. Even after recovery, Byekwaso’s first team opportunities became harder to come by in 1998.

But that didn’t stop him from making the final squad for the Kobs for the All Africa Games in 1999. He played all the three group games and even scored in the 2-1 victory over Mali. Back at KCC, a section of the club fans interpreted his constant injuries as a ploy to leave the club.

The situation was exacerbated when he missed a penalty against SC Villa in 2000. Byekwaso crossed to SC Villa in 2002 and during his two-year spell at Villa Park, he won two league titles and one Cecafa Club Championship title.

In 2005, he crossed to Rwanda and joined Atraco FC. He spent three seasons there but the move also put an end to his Cranes career. In 2008, he returned to Uganda and moved to Express FC.

But when Ssimbwa returned in 2009 to take charge of KCC, he recalled Byekwaso despite strong opposition from some fans, who viewed Byekwaso as a traitor. Since then, he has always been in the wings as the number two until last week’s elevation. The sky is now the limit to what he can achieve with the club.