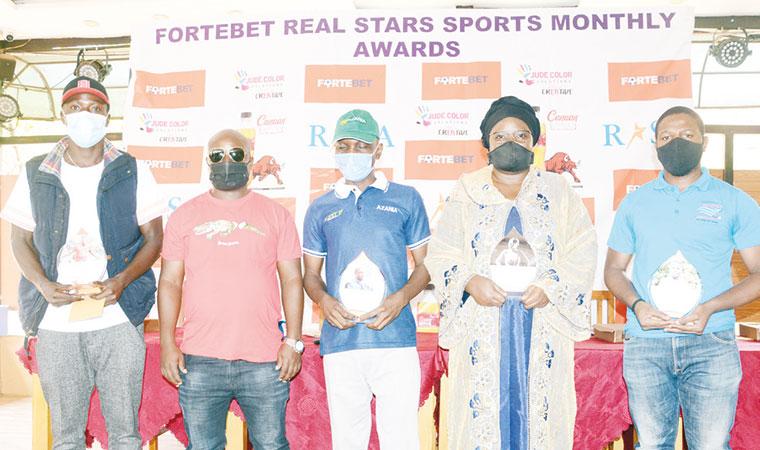 These included rally driver Duncan ‘Kikankane’ Mubiru, for posting the best time among Ugandan drivers that competed at the Kenya Safari Rally; Richard Ssemwogerere of Kampala Hockey Club, scoring five goals in three games; BUL FC’s forward Joseph Ssemujju, whose goals inspired his side past Proline FC in the Uganda Cup and Myda FC in the league, was best footballer.

However, Kirabo Namutebi, 16, represented by her mother Hadija Namanda, the former president of the Uganda Volleyball Federation, was for the third time in three years picking up a Real Stars award; proof of her rising star.

Russia-based Namutebi won a silver medal at the Golden Orlando swimming championship in Croatia in June. And inevitably, she returns to the Real Stars podium; the first athlete to appear for the third time.

“I had not realized the fact that we were awarding her for the third time. But I must say that what Namutebi is showing is a mark of consistency. And Real Stars will not stop decorating her if she continues to win, because this award is recognition to the best,” Mukasa said.

Notably, Namutebi’s first Real Stars award was in September 2019, following her gold medal in the junior championship in Tunisia.