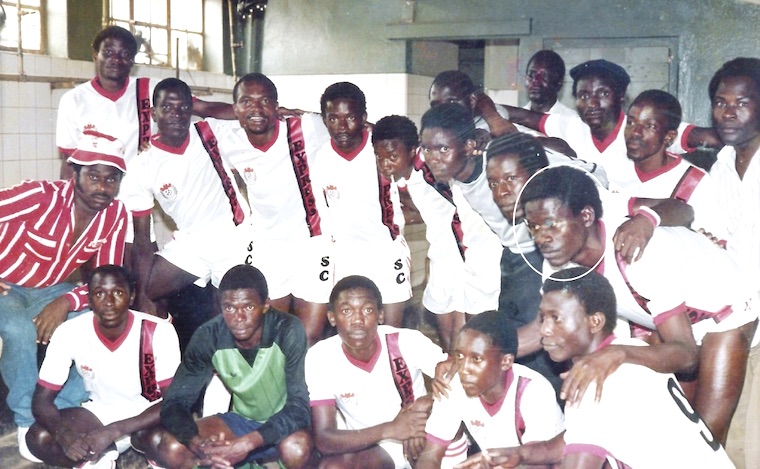 The passing of Moses Ndaula on July 8 came as a shock to the football fratenity mostly because he had slid out of the limelight into oblivion after retiring from football.

Best known as the elder brother of Sula Kato, few people knew about his financial and health plight. Ndaula was one of the hugely talented players during the seventies and eighties. He was by any measure a much better player than he was given credit for.

A slender attacking midfielder, he often covered the length of the field; tackling, intercepting, and driving himself hard. He singlehandedly won many games due to his dribbling and hard shots from distance. Born 1954, he was among a group of players who left Masaka and joined Kampala clubs.

He settled at Coffee FC under the tutelage of David Otti and Jimmy Bakyayita Semugabi. While there, Ndaula became the hot property and on many occasions, the club could hide him before a big game in order to hoodwink their opponents that he is injured.

In 1977, he moved to Express and made his debut in the ill-fated game against Simba that led to the banning of the Red Eagles.

Upon Express’ ban, Ndaula briefly returned to Coffeee before he moved to Nakivubo Boys in 1978, which was in the second tier but that didn’t stop him from being summoned for the Uganda Cranes even though he had to settle on the bench most of the time due to the presence of Denis Obua, Barnabas Mwesiga and Billy Kizito.

At Villa, Ndaula switched to deep midfield and became the undisputed Cranes anchorman in the years to come. He helped SC Villa win the 1982 league unbeaten and in a 1983 league match, his two goals led Villa to a 4-0 win against Express. On his day, he was unstoppable.

At the end of the 1983 season, Express tried in vain to sign him from Villa but Fufa blocked the controversial move. However, when Villa failed to convince him to stay the Jogoos secured the signature of Ndaula's young brother Sula Kato from Masaka Union as backup. Ndaula sat out for a year and officially joined Express in 1985.

Ndaula was talented but sometimes he could earn red cards for rough play. In a 1982 encounter against Express, a frustrated Ndaula intentionally fractured David Kasirye’s leg after the latter tight-marked him throughout the game.

Another issue is that he had a sly and unpredictable character on and off the pitch, something which made him unpopular to his bosses. When Barnabas Mwesiga took over as Uganda Cranes coach in 1985, he dropped Ndaula and that served to be his last Cranes outing.

In 1990, Ndaula, was appointed on the panel of Express coaches while still playing for the club but the arrival of David Otti in 1991 limited Ndaula’s appearances for the club and he retired at the end of the season.

Afterwards, he quit football for good. He got indulged in a drinking spree, forcing him to hide from the public and on many occasions for fear of exposing his frail state. Over the last decade, he has been in a sorry state after returning to Masaka. He died on July 8 and was buried at Kirumba in Masaka.