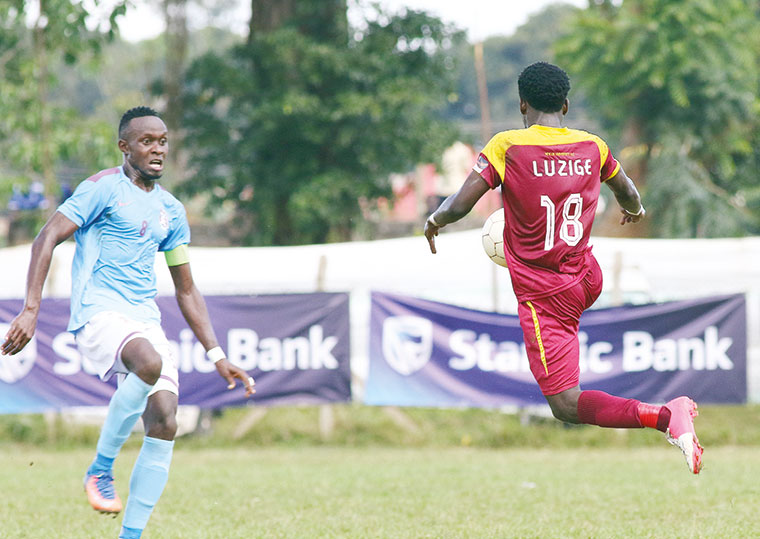 Ahead of today’s second leg Stanbic Uganda Cup quarterfinal with Vipers at Bombo barracks, SC Villa couldn’t be in a more inappropriate shape for the crucial game.

Although the club did very well to snatch a last-gasp equaliser at St Mary’s Kitende stadium, the country’s most successful club ever has been lurching from one crisis to another for most of the season.

Up until Monday, there was a possibility of players laying down their tools ahead of today’s game because of the club’s failure to pay outstanding arrears. For all the club’s pre-season promise by the interim management to put in order the club’s organisational structure, the season has become another one awash with false dawns.

And while the club went some way in securing some sponsorship from Ecopharm, it is a public secret that the club has continued to struggle financially. Players have been unpaid for months and last week, the club captain Asuman Harishe caused a storm when he made public the club’s financial struggles.

He was promptly suspended by the club but the decision appears to have backfired after the players demanded that their captain be reinstated. It was one of the conditions they listed for them to return to action Meanwhile, Fufa president Moses Magogo, an avowed SC Villa fan, has reportedly been trying to convince the players not to proceed with their strike.

The club’s fans have also been alarmed by the team’s financial struggles and two days ago convened at Villa Park to contribute an undisclosed amount of money towards the club. For a club that has hardly trained ahead of a match against a desperate but talented Vipers side, the Jogoos will start as underdogs.

In fact it is to coach Edward Kaziba’s full credit that he has maintained a competitive spirit in a side that is ideal down on morale. Vipers have not had the sort of problems SC Villa is trying to content with but with the club no longer in control of their destiny in the Uganda Premier League, the Uganda Cup is now a priority for coach Fred Kajoba.

The teams have met thrice this season with Vipers winning both league encounters and drawing in the first leg of the Cup.
Tomorrow (June 3), Police FC take a commanding 3-1 lead into Lugogo where they will be overwhelming favourites to seal a place in the last four.

For Wakiso Giants to secure an unlikely qualification, they would have to score three unanswered goals against the Cops. On Friday (June 4), the tie of the quarter final draw sees Express visit KCCA with both teams fancying their chances.

Express are chasing a second double in the club’s history but to pull that off, they must eliminate the Kasasiro Boys at Lugogo after the two teams played a 1-1 stalemate in the first leg.

With no away goal to brag about, KCCA will have all the work to do in attempting to shut out an Express side that has been scoring freely in the league.

Any kind of scoring draw will suffice for the Red Eagles and their coach Wasswa Bbosa is confident that his boys will not fail to breach the KCCA rear-guard at the Philip Omondi stadium. All Uganda Cup games are being screened live on UBC.

With the second wave of the Covid-19 disease spreading like a bushfire, organisers have ensured that all SOPs are in place for the players, officials and journalists who will be at the various Uganda Cup quarter final games.

Last year, the tournament was canceled after President Museveni shut down public activity including sport and Fufa are hoping there is no such directive again with the president due to address the country tonight about the new measures to contain the pandemic.

This year’s Stanbic-sponsored Uganda Cup competition is the most lucrative ever after the prize money was increased to Shs 166m. The winner of the Cup is due to receive Shs 50m, runner up Shs 20m; and Shs 12m for the two semifinalists.