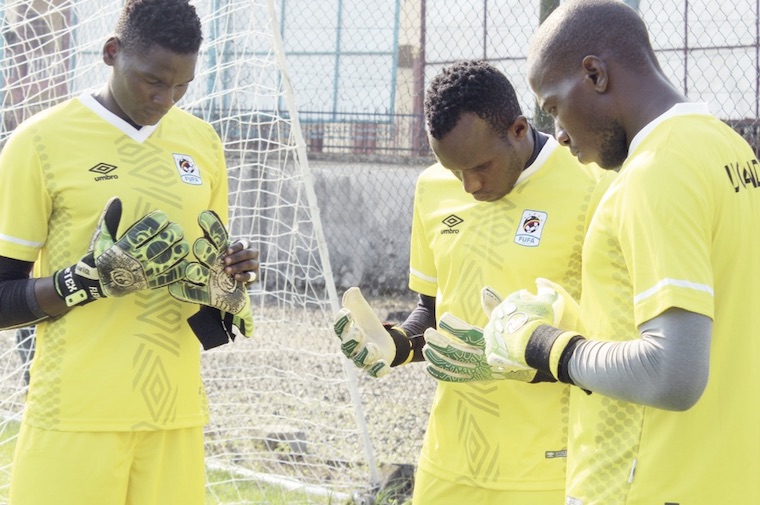 PRAYING FOR THE BEST: Uganda Cranes goalkeepers pray after a training session earlier this year

When the full-time whistle was blown in Blantyre to deny Uganda a third straight Afcon qualification after a 0-1 defeat to Malawi earlier this year, the writing of a national team transition was on the wall.

It was always expected that some players were going to retire, like Denis Onyango, while others would be retired from the team by the federation. Onyango’s retirement announcement was followed by Mike Azira’s while Hassan Wasswa’s official message came more than two years since his last involvement with the national team.

There was bound to be intense scrutiny of the composition of the new-look Uganda Cranes squad and while old names were retained, the majority of the selection is of new members. Emmanuel Okwi, picking up the captain’s armband after Onyango, was an easy one for Fufa, seeing how he is in the twilight of his career and has built an impressive disciplinary record with the national team.

The curious omission in the goalkeeping choices was Jamal Salim Magoola but anyone who has followed the Cranes in the last five years will know how fractious his relationship has been with Fufa.

More often than not, a third-choice goalkeeper, Magoola only recently heckled Fufa president Moses Magogo on Twitter after the latter’s outburst on CHAN players demanding money. Magoola is also said to have featured prominently among the players who led the sit-down strike in Cairo two years ago and the federation has now run out of patience with a player they consider a reserve nominally.

It remains to be seen whether Khalid Aucho’s national team career will be extended. Aucho was thrown out of camp for the Burkina Faso and Malawi games and although viewed as a good player by the federation, his discipline has been found to be wanting.

Fufa have said they are building a team for the 2026 World Cup and the squad selection clearly represents a team for the future, and not today. Players like Gavin Kizito Mugweri, Stephen Sserwada, Derrick Kakooza, Bright Anukani and Allan Okello
are some of the young talent coach Abdallah Mubiru will field in friendlies and the upcoming qualifiers to build their confidence and mental steel in national team colours.

Express marksman Erick Kambale has also been summoned on the back of a very productive season for the Red Eagles and there is a recall to the national team fold for Patrick Kaddu, whose goal earned Uganda a ticket to the 2019 Africa Cup of Nations.

Goalkeeper Charles Lukwago, Halid Lwalilwa, Murushid Juuko, Elvis Bwomono, Taddeo Lwanga, Moses Waiswa Ndhondhi and Abdu Lumala are the other members of the old guard who were summoned in the new Cranes.

Joseph Ochaya may have played his last match for the Uganda Cranes while Farouq Miya’s exclusion is down to his recurrently poor performances with the national team. The door has not been shut for Miya, The Observer understands.

Of course, everything could and will probably change when Fufa appoint a new coach. It is possible that he may be keen on summoning some players who the federation view are past their sell-by dates.

But Fufa are keen on taking the gradual and patient approach to lasting success as opposed to short-term measures.

“After qualifying for back-to-back Afcons, we now want to go the long route and build a team that will take us to new heights and we are aware this will be for a long haul,” Magogo said last month.

It is a briefing that Fufa will give to the coach they appoint to replace Johnathan McKinstry, who was sacked early this year.