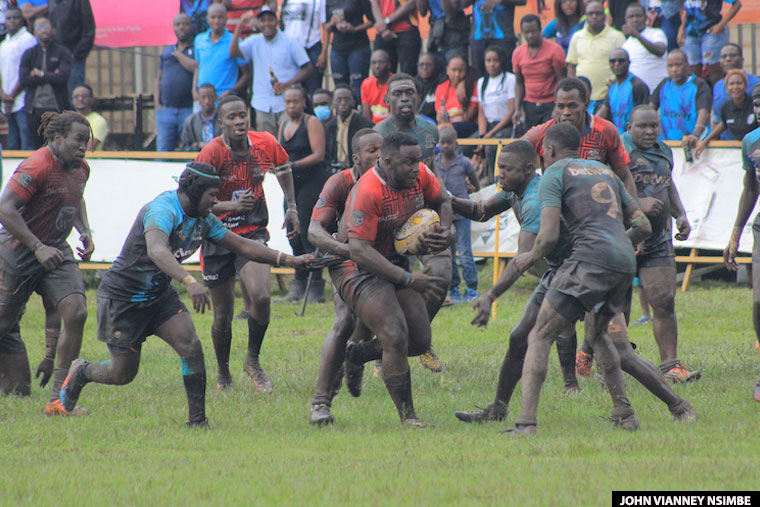 It did not matter how soggy the field was, and how muddy the Betway Kobs players were, their fans just run at them to offer hugs and kisses upon the final whistle of their clash with the Stanbic Black Pirates.

They had just completed a thirteenth league title. The Legends grounds were in absolute delirium largely because this was Kobs’ first league title since 2016. It had been a very long wait as Kobs’ vice-chairman Isaac Lutwama said in clear relief. But ultimately a reward for Kobs’ resolve and consistency, the weather on the day and just how luck smiled on them this time.

Heading into the final day of the season Saturday, Kobs had won all their league games this season. A win over Pirates would be the ninth, and would mean that Kobs end the season unbeaten. But because of Pirates could also win the championship if they had won, the clash between the two was never going to be easy.

Favourites as Kobs were, they started off a bit tentative. Clearly, the pressure was more on them than it was on Pirates. Kobs had some disjointed play, which made it difficult for them to gain territory on Pirates. Worse still, they missed two early penalties through James Ijongat.

Clearly, the soggy field following an earlier downpour did not favour either side. Like Pirates, the Kobs were also struggling to make quick incursions into enemy territory, because of the heavy and slippery ground.

Even having a good grip on the ball was difficult, which resulted in either ball loss to opponent or the openings that provided themselves to run through clear, were scampered. Within minutes, the players' jerseys could not be recognized, let alone differentiated.

In addition, Kobs former captain, the prop Brian Odongo’s knee also gave way, quite inevitably because of the amount of energy he was using to manouevre on the heavy ground. Odongo had to go off in the first half, which is quite uncharacteristic of the fighter that he is.

Things were not looking good for Kobs. On the other hand, however, the pitch conditions were more unfavourable for Pirates, who rely more on a pass and move game. Against this, Pirates backs can be very dangerous, as it showed in one of the tantalizing moves they made from which Muhammad Haruna scored their only try.

For Kobs, they prefer a slower game, meaning that it is their forwards (pack), that is their go-to weapon. No wonder Kobs chose to use Edgar Seruwagi as the scrumhalf instead of Brian Ochan. This is because Seruwagi helps slow the game, much to the chagrin of Pirates, who enjoy flying all day.

Indeed, the Kobs pack was relatively on top of the Pirates one, each time the pushing game was needed. But it was what happened for the larger part of this game considering the soggy conditions. And it played exactly into the hands of Kobs.

Pirates captain and flyhalf Ivan Magomu told The Observer that he gave credit to Kobs for using its tools (pack) so effectively. But he added: “Their pack did not subdue ours per se. But their game approach was best suited to the pitch conditions than to us.”

Magomu noted that the circumstances that resulted in Kobs second try, their pack was easily pushed back by the Kobs, because they were in water literally. Their feet could not get any much-needed grip to hold back. Players were basically sliding.

Perhaps, that was indicative of the kind of resolve and sheer determination Kobs showed. The likes of Derrick Tukwasibwe,(voted man-of-the-match), Collins Kimbowa, Emmanuel Echodu and Pius Ogena, the 2019 Uspa rugby player of the year showcased real warrior-like traits in very tough conditions, tackling on end, to stop Pirates.

That said, Kobs also had to ride their luck on the day. On another day, their first try by Al-Haji Manano will not stand, because by the time he touched the ball, it appeared to have got into touch.

And while centre Saudah Adiru was not sure about it, as many at Legends, the assistant referee Daniel Adilu awarded it, even though his body language suggested he was not without doubt.

Actually, after the game, Magomu challenged Adilu and placed a bet. Magomu told Adilu that if the video footage of the game returns, ascertaining that Manano’s try was indeed legitimate, he will give him Shs 100,000 ($30).

In turn, Adilu staked the same. But considering his sheepish smile and forced laugh, Adilu probably knows in his heart of hearts, that he sold Pirates. But it is such controversial moments, that lit up the grand finish, which attracted unusual customers like Rajiv Ruparelia and the former Cranes coach Johnathan McKinstry.

For many, they will be popping their eyes in disbelief, but McKinstry is still in Uganda, and he too knows how to have fun at a rugby match. Yet, no one can beat the Mulangira (Prince) David Wasajja at enjoying the thrill of rugby in this country.

Wasajja was the chief guest and enjoyed handing over that trophy to Kobs players. Every sign of how he toyed with Kobs players (like a master teases their dog with a piece of meat), before he handed the skipper Brian Asaba the trophy, suggested Wasajja may be a Kobs fan.

In a nutshell, the whole event turned out to be a spectacle with so many tales to tell about it all. Yet, Asaba said that after so many years of near-misses, and heartaches, this time, they were hell bent on winning it, being as it may, that this is the shortest league season in the history of Ugandan rugby.

Only one round was played as opposed to the two that have historically been the case. But Kobs will not care less, because such was the arrangement (during this time of the Covid-19 pandemic), that every team signed to, anyway.