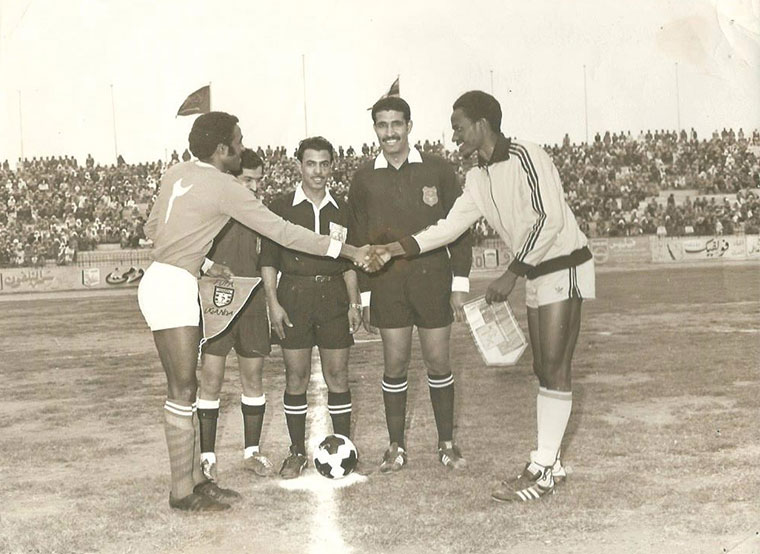 His retirement preceded the reckless outburst of Fufa president Moses Magogo against Uganda Cranes players for poor show in the 2021 Africa Cup of Nations qualifiers.

Onyango took over the Cranes armband in 2017 after Geoffrey Massa’s retirement but his three-year reign ended in one of the most unceremonious of ways – due to the inadequate performance in the qualifying matches. As expected, Onyango’s retirement was met with shock in the football fraternity, and a section of fans want him change his mind.

Granted, but it seems a closed chapter for the stoutly built goalie who also plays for South Africa’s Mamelodi Sundowns.  This is hardly surprising if you are to go by the transition history of The Cranes captaincy. In November 2014, Uganda Cranes played Guinea and needed a draw to qualify for the 2015 finals. But Uganda suffered 0-2 loss to their hosts and bowed out of the Equatorial Guinea-hosted event.

To make matters worse, Uganda Cranes captain Andy Mwesigwa was sent off and that marked his last game for the national side. Mwesigwa had taken over the armband from Ibrahim Sekagya who retired in 2011 after a failed 2012 campaign.

Back in 1983 when Uganda was preparing for the Cecafa Cup in Kenya, Jimmy Kirunda was the domineering figure in the team and basically called all the shots apart from selecting the lineup.

However, the towering defender was dropped in September when Cranes tactician Peter Okee announced the 28-man squad in September 1983. Okee attributed Kirunda’s exclusion from the squad to poor form and handed the Cranes arm-band to John Latigo.

Kirunda’s absence from the squad met by mixed reactions; a section of fans wanted the veteran defender to be included in the team which was dominated by newcomers. Okee stuck to his guns, having successfully left out Kirunda previously.

This was during the Olympic Games qualifier against Algeria in June 1983 and Uganda won 4-1. But when Uganda put a poor show in Nairobi plus the gross indiscipline by the players, soccer fans asked Okee to retire but the coach blamed the team woes on lack of poor preparations and facilities, but Kirunda never returned in the team.

For starters, Kirunda is the longest-serving Cranes skipper of all time, having assumed the Cranes captaincy from Polly Ouma in 1974 until January 1984 when Latigo was confirmed as his replacement.

Latigo was able to steer The Cranes without any major power struggle until 1988 when he went to Germany for studies, leaving his deputy Paul Hasule to take over.

It soon became apparent that Hasule was not just a leader on the pitch but also outspoken off it. This was a prelude to an on-and-off relationship with his bosses even though Hasule was indispensable in the team due to his consistency which saw him guide the side to two Cecafa Cup titles (1989 and 90).

But in 1991, he fell out with the Fufa bosses when Fufa banned him for a year following his alleged attack on referee Fred Wanyama in a league match between SC Villa and UCI in Tororo.

Though his ban was lifted three months later, the bad blood between SC Villa and Fufa continued –something which seems to have contributed for Hasule’s unceremoniously dropping from the team for the 1994 Africa Cup of Nations qualifier and the armband was passed to Nsambya’s Sam Kabugo. The Nsambya skipper had a smooth transition but his performance was undermined by injuries—he finally passed the mantle to George Ssimwogere in 1995.

Ssimwogerere alternated the Cranes armband with Majid Musisi but when Uganda was clobbered 0-6 by Tunisia in the 2000 Afcon qualifier, he was stripped of the Cranes captaincy which was temporily passed over to Jackson Mayanja.

In 2000, Uganda Cranes coach Harrison Okagbue recalled Ssimwogerere and handed him the armband. He guided the Cranes to Cecafa Cup title but few weeks later, he was dropped again and called it a day.

However, it’s not all over for Onyango, in 1973 Polly Ouma was stripped of the armband after missing some training sessions when Uganda was preparing for the 1974 Africa Cup of Nations held in Egypt. Germany coach Otto Westhoff dropped his skipper and handed the armband to Kirunda.

Ouma was not moved; he announced his retirement from the national team football and remained with his club, Simba FC. The fans begged Fufa to have Ouma back but the local body refused to budge.

Uganda registered poor results in Egypt as well as in the 1974 Cecafa Cup in Tanzania. Sensing danger in 1975 as Uganda was preparing for Zambia for the 1976 Africa Cup of Nations qualifier, fans petitioned NCS for Ouma’s return; NCS bowed out and Ouma returned. He scored one of the goals which helped Uganda to qualify for the 1976 Africa Cup of Nations.