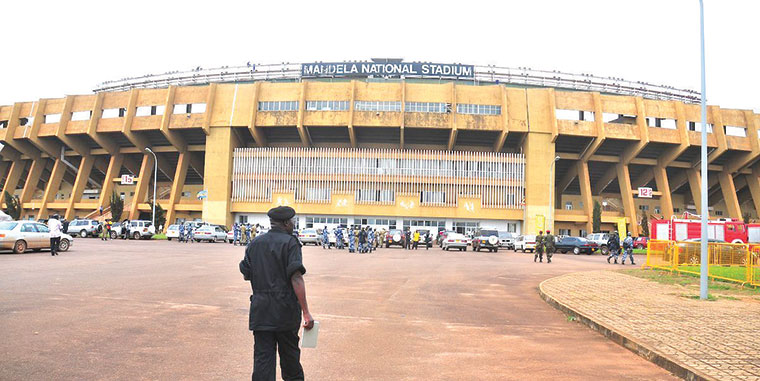 In a little more than a month on June 12, Uganda is scheduled to host Mali in the second match of the 2022 World Cup qualification campaign.

Ordinarily, the hype of the game would be approaching overdrive but the situation is so dull that much of the focus is on Fufa’s delayed payment of players’ arrears and the upcoming Fufa polls.

Yet the elephant in the room is the sorry state of Namboole stadium, which Fifa banned from hosting World Cup qualifiers until the dressing rooms and toilets are refurbished.

What I find annoying is that key stakeholders such as the sports state minister and Fufa are already running away from the problem by looking to host Uganda’s games in Kenya instead of addressing the best and fastest way of refurbishing the facility.

Of course, the main excuse is that there is no budget for that at the moment but simple logic suggests that it costs about Shs 200m to do the work. Given the many football stakeholders and the big budgets they run, it would be prudent to put minds together and save the nation from embarrassment.

Unfortunately, no such meeting is planned and what is even annoying is that some individuals in Fufa are seizing the moment to cash in. I know it is in the best interest of several top Fufa officials to have Uganda’s home games played in Kenya, especially in these times of Covid-19 restrictions on fans’ attendance.

During home matches, Fufa gets most of its money from gate collections and in absence of such in this period, greedy Fufa officials have already talked down St Mary’s stadium in Kitende in spite of the fact it needs a few extras to pass the Fifa test.

The reason is simple; hosting games at Kitende doesn’t bring in the travel allowances, inflated travel and accommodation costs involved when the game is hosted abroad. I also expect huge kickbacks to rent the Kenyan stadium.

Call me a naysayer but this is a fact. You must have heard how Moses Magogo, the disgraced Fufa president, rubbished St Mary’s stadium credentials after the goalless draw with Burkina Faso. He was sending a message to government to prepare a budget for hosting Uganda’s games abroad.

Yet when one compares the budget to take the game to Kenya with that of refurbishing Namboole, it is clear as daylight that the latter is the best option. But people in Fufa have to eat; that is why they cannot rally sponsors such as Airtel or Nile Breweries to lend a hand on Namboole. Granted, it is not Fufa’s mandate to renovate the stadium but the federation has the trump card to determine where the match is going to be played.

For instance, a Cranes contingent of 40 people will use approximately $20,000 in travels. Accommodation for at least five days in Kenya will cost another $40,000. This is already higher than the cost of putting Namboole back into usability.

I am surprised Hamson Obua, the state minister for Sports, doesn’t see this, yet government is going to foot this bill and the problem of Namboole will persist.

Even if Fufa, with its huge coffers, offered to refurbish the facility at their cost, they can recoup it through sponsorship and TV rights. Unfortunately, a few individuals in the federation have to eat.

And for that, they would rather enrich the Kenyan economy than solving the Namboole issue. What a sad nation we live in!