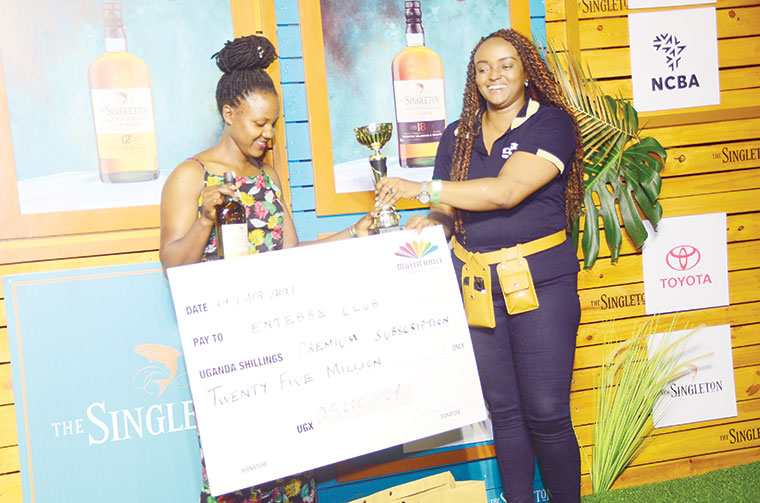 And so it finally happened. The fifth edition of the Singleton Matchplay Championship teed off on Saturday, April 24 with the usual pomp that has made it one of the stand-out golf events of the year.

Last year’s edition was, like many events in 2020, affected by the Covid-19 pandemic and no one was quite sure how the 2021 event would look like. But the organisers pulled off a spectacular event that was crowned with a Caribbean theme at the 19th hole, which started in the late afternoon to ensure that day’s programme was concluded before curfew time.

The day’s qualifiers threw up some interesting first round pairings which the next round scheduled for May 29. The partnership of Kiwanuka Kiryowa/Elly Sober Mukasa will have its work cut out when it locks horns with Andrew Kibaya/Edward Kabuchu.

The four are close friends but there will be no time for pleasantries when they do battle next month.The pairing of Ashvin Kananathan/Moses Matsiko was drawn to play Emmanuel Tayebwa/Aaron Ecel in what should be a close duel of golfers known to one another.

Kananathan and Matsiko are single low handicaps and although they will be favourites, Tayebwa and Ecel can’t be discounted given that they are group B golfers who will have more strokes to make do with.

Saturday’s qualifiers attracted more than 200 golfers. The cut-off mark for every pairing was 154 nett. Seven pairings returned that score but only three advanced after countback.

David Nambaale, meanwhile, proved he can still hold his own against younger golfers after he blasted his driver to win the men’s Longest Drive competition at the 18th hole. For the ladies, national team star Martha Babirye took the honours.