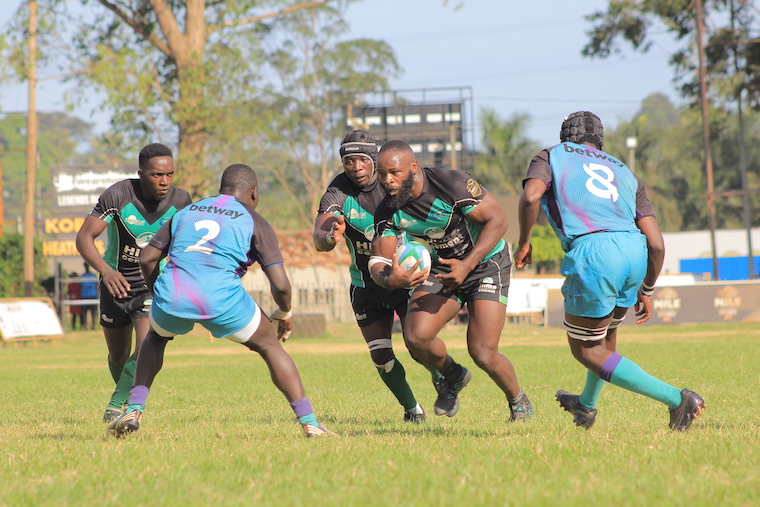 The rugby trio of Betway Kobs, Stanbic Pirates and Hima Heathens all won their weekend fixtures handsomely on match-day seven.

Kobs continue to lead the table with 33 points, following their 66-12 win over the Entebbe Mongers at the ‘House of Pain’ in Entebbe. Pirates keep in second with 30 points, after walloping the Mulago Rams 54-0 at King’s Park in Bweyogerere while the Heathens travelled to Jinja and beat the hosts Hippos 30-9, keeping the defending champions in close chase on 29 points.

With two match-days left before the championship is decided on May 8, the Nile Special Stout rugby premiership title race is building up nicely for a straight shoot-out between Kobs, Pirates and Heathens. However, it is even more dicey for the front two, who meet on the final day. Bobby Musinguzi, the Pirates coach, told The Observer that he is happy about the way his team is playing lately, building up momentum.

“Since match-day one against Heathens, when we lost 19-24, because of some small mistakes, we have stepped up a notch. And every passing game, we have improved in our set-pieces, scrummages and in the racking, which cost us against Heathens.”

In light of that, Musinguzi feels they have destiny in their hands with this championship theirs to lose. Pirates talking about title prospects is not the kind of talk Kobs will fathom. Of the three clubs in the title race, Kobs are the ones whose last win is farthest, back in 2016.

Heathens won in 2017, 2019 and 2020 while Pirates bagged it in 2018, to break the dominance of the Heathens and Kobs duopoly, that has engulfed rugby for so many years. Yet, for Kobs, who beat Heathens a couple of weeks ago, feel that they have built up steam for a good finish, and no one can stand in the way.

Brian Asaba, the Kobs captain told The Observer recently, that they remember vividly how just one slip up against Pirates in 2019 denied them the league title. Although it is never over until the fat lady sings, Kobs have looked well-beefed-up as far as squad depth is concerned. A case in point, in the tie against Heathens, they were missing Cranes internationals: Pius Ogena, Ian Munyani, Joseph Aredo and Adrian Kasiito, yet they went ahead to show resolve.

The Heathens, on the other hand, appeared short-changed without their talisman Michael Wokorach and fly-half Aaron Ofoyrwoth, who had been away on international duty. Kobs made a huge statement regarding their title prospects, embodying a can-do attitude.

Kobs have a strong pack with the likes of Collins Kimbowa, Saul Kivumbi, Faraj Odugo, Emma Echodu, Robert Aziku, Asaba, Byron Oketayot and former captain Brian Odongo, who returned to action after two years out. Herein are leaders with tenacity. Compare that to the likes of Peter Tinashe, Ivan Kabagambe, Didi Ruhweza, Joseph Muzuva and Kenneth Matovu of Pirates, and the gulf in experience tells.

How Pirates would do with the uncompromising Edgar Pajob (injured) and Ivan Wavamunno (work commitments) for this title run-in, to supplement the effervescent and speedy Ivan Magomu, Conrad Wanyama, Desire Ayera, Timothy Kisiga, Isaac Rujumba and Isaac Massa. Kobs remember too well what happened on March 8, Women’s Day in 2019.