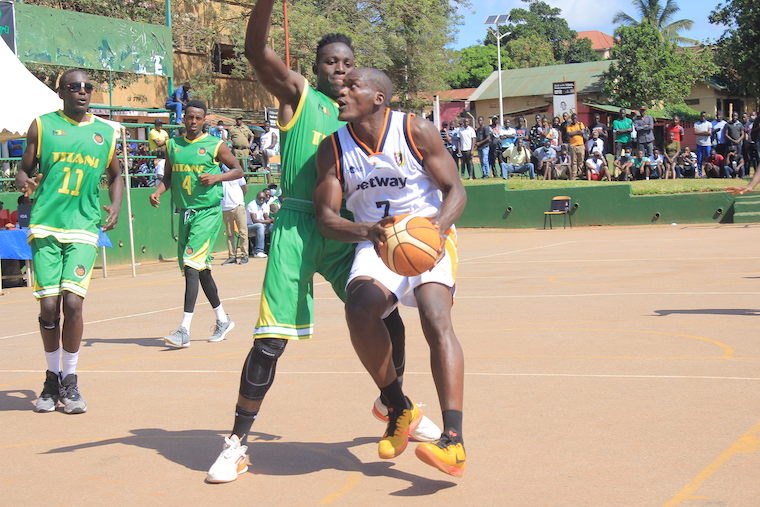 The resumption of domestic basketball during this time when the world is still grappling with the Covid-19 pandemic was always expected to be a difficult one - strained by inconveniences; having to play as far away as Mukono (Uganda Christian University) and Kansanga (Kampala International University) being at the forefront.

How games would be away from the spiritual homes of the MTN Arena in Lugogo and YMCA Wandegeya would take some getting used to.

Yet, the way things have panned out after the third weekend of action, the National Basketball League (NBL) has been all sparks and fascinating.

For the first time, Betway Power have lost their first four regular season fixtures to KIU Titans, Ndejje Angels, JKL Dolphins and City Oilers, keeping them at eighth place on the 10 team log. However, the two teams below Power have only played one game, which should be a deep concern for the 2011 champions.

Essentially, Power are there for the taking, and any opponent they face going forward will fancy their chances, making the prospect of the five-time champions being at the bottom of the log equally intriguing.

Speaking of Odong, he has started his tenure at newly promoted Namuwongo Blazers on a high. He sank the defending champions City Oilers through his 22 points, which inspired the Blazers to a 71-66 fight from behind win. It was a ruthless display, but at the same time a pointer to how tough the Blazers will be this season, and are strong favourites for the title.

Although their coach Escodata Nyeko is brushing aside title talk, but a team with the ferocity of Joseph Dikong both on offence and defence, the resolve of Francis Azolibe, the precision of Odong and the guile of Chris Omanye, Blazers, who are top of the table, have shown they are the team to beat according to Oilers’ James Okello.

Okello, the 2019 season MVP told The Observer that not to take one’s hat off for the Blazers thus far, would be a profound mistake.

Okello said: “Those guys stopped our big men among whom I am one from playing, when we met them. We had a good first quarter, but then they thwarted us throughout the remainder of the game. So, they may be new, but they are tactically smart.”

To believe that Oilers will not bounce back would equally be foolish, as is not to notice that KIU Titans, with the return of Dennis Balungu and the acquisition of Stanley Mugerwa are a formidable force. The men’s championship is an even fight between Titans, Oilers, Blazers, JKL and UCU Canons.

On the other hand, women’s side KCCA Leopards made a huge statement, when they beat the two-time defending champions JKL Dolphins 58-55.

Although KCCA appeared to be on the ropes early, losing the first quarter 15-5, the resolve of new acquisitions, Claire Lamunu and Leticia Awor, who scored 13 and 16 points respectively, enabled them register a psychological edge over JKL for the season.

Leopards coach Mavita Ali said that they are determined to end their title drought, which started in 2014. But she is not avoiding the fact that UCU Lady Canons and KIU Rangers will be a force to reckon with in the women’s title race.

That said, even with all the excitement surrounding the league, this week was shrouded in controversy as far as the NBL is concerned. The wins by both KCCA and the Blazers over the defending champions on the opening weekend were cancelled by the Federation of Uganda Basketball Association.

Apparently, KCCA and Blazers used ineligible players in their games against JKL and Oilers respectively. Controversy had not been factored, to be a selling point for the 2021 season. But it has proved decisive, as KCCA and Blazers have been docked points for games they actually won!