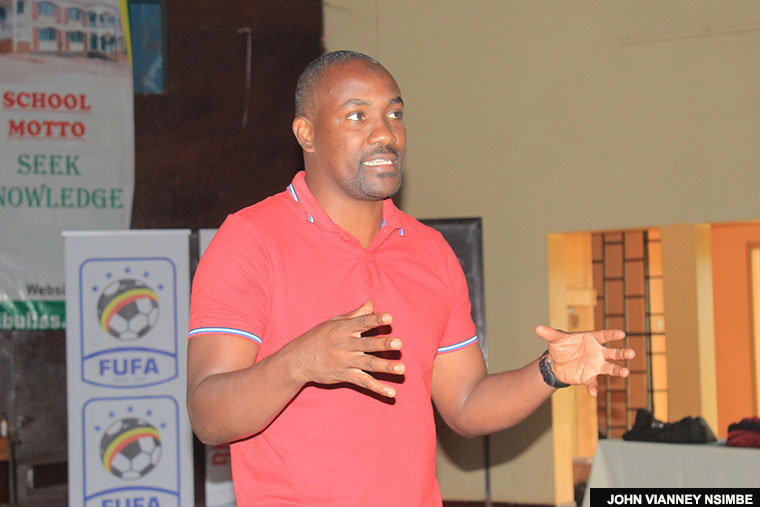 Former Fufa vice president Mujib Kasule yesterday announced his intention to contest again for the post of Fufa president in the elections to be held in August.

Kasule was stopped from standing against Magogo on a technicality in the 2017 polls that saw Magogo bounce back unopposed for a second term. At a press conference in Kampala, Kasule observed that the state of the game is in decay and that the current establishment has disconnected itself from the welfare of players.

“There is no football without players and if the players are indeed feeling neglected, then there is something genuinely wrong that has to be urgently addressed,” the Proline owner told journalists.

“I commend [Mike] Mutyaba and [Denis] Onyango for coming out as players to tell the public what has been happening for the better part of the last four years; that there is corruption and neglect of players not just at the top but right to the bottom.”

Kasule noted that the national team brand had been used by the federation to milk money from the state, which money wasn’t being used to address the most necessary demands of the game.

“The things I am saying here are facts that can be verified; this is not politicking. And I know that Uganda Cranes have qualified for the Afcon editions of 2017 and 2019, which was a good thing for the country; make no mistake.

“But those qualifications simply masked several underlying issues which were always bound to emerge sooner rather than later.”

Magogo, who is also the Budiope East MP-elect, announced last week that he was contesting for the third team for Fufa presidency. He was unopposed in 2013 and 2017. Magogo is crediting with growing the Fufa budget from Shs 4b to almost Shs 40b in his eight years of leadership.

Under him, Fufa has established a robust secretariat and expanded the office at Mengo with a new structure to house more staff. There are also various competitions in place and the country has consistently been represented in several under-age regional and continental engagements.

His elevation in Caf, where he is an elected member of the executive, has been viewed as a major positive for Ugandan football. But his critics argue that there have been accountability gaps in his presidency.

They also say that his leadership has concentrated most of the resources on the national teams at the expense of the Uganda Premier League and Big League. With no term limits in the constitution, there is a feeling that Magogo’s powers have been unrestrained for far too long.

In 2019, he was suspended for two months by Fifa over the illegal sale of 2014 World Cup tickets. His commitment to his obligations, they say, will be diminished now that he is joining parliament. Last year former URA chairman Ali Ssekatawa had expressed interest in facing off with Magogo but has since gone silent.

Kasule will face a tall order given that Magogo will enjoy the powers of incumbency but he (Kasule) retains the belief that by reaching out to the 88 voting delegates, his persuasion will ultimately carry the day in late August.