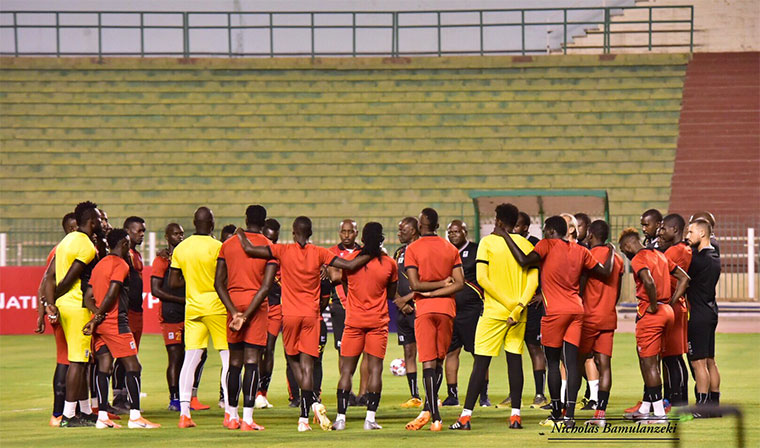 I was least surprised when The Cranes got ejected from the Africa Cup of Nations qualifiers by unheralded Malawi. Uganda is simply not good enough. You cannot fail to score a single goal away from home and expect to qualify and, losing to South Sudan was inexcusable as I mentioned earlier in this space.

The Cranes are simply all about hype with little substance. To understand this best, one needs to look at the career trajectory of the team beyond the tactical attributes. First of all, most of the players have either stagnated or are past their prime. This is evident when you compare their current contribution to what they brought to the team a few years ago.

Just look at Farouk Miya, Allan Okello and Joseph Ochaya, among others; these are players who were expected to be in their peak around this time but their contribution was appalling throughout the campaign.

Then we have a technical team that is nothing short of praise singers, whose major role is to lobby for certain players’ inclusion at the expense of planning for the team. The thing is that players are not groomed to succeed at the top level. They are instead wired to think that playing outside Uganda is the highest level of achievement.

While watching the game against Burkina Faso at St Mary’s stadium, most of The Cranes stars were playing with a sense of entitlement as though Ugandans are privileged to see them wear the national team jersey.

All this serves to show why the prospects from the national Under-20 team may not go far if the current football setup is not overhauled. Unfortunately, Fufa president Moses Magogo, the person supposed to implement this overhaul, has a tainted image of corruption and fraud.

Matters are not helped by the fact that he no longer has time for football ever since he joined politics. Even at this moment when the team needs guidance on the future, Magogo is already embedded in politics at Kyankwanzi yet he created a Fufa structure that has him run a one-man show.

Last week’s sacking of Mike Mutebi as KCCA coach was a massive letdown to Ugandan football on and off the pitch. I know for a fact that Martin Sekajja, the KCCA FC chairman, triggered Mutebi’s sacking to create room for the club executive to hog the limelight.

In Mutebi’s almost six-year reign at KCCA (he coached it before), he brought clout to the club. This clout has mostly been associated with himself and his previous bosses Julius Kabugo and Aggrey Ashaba. I know this has not always gone down well with other executives to the extent that when Sekajja took over the reins in 2019, he set out to assert his authority.

Ashaba, once the voice of reason at the club, was silenced and Mutebi’s sacking is just the latest move to eject powerful personalities at the club. Those who don’t know Mutebi at personal level call him arrogant and egoistic but having keenly followed him for more than three decades, I find Mutebi to be a treasure to Ugandan football.

He doesn’t beat around the bush and what you see is what you get. He raised the bar at KCCA in terms of professionalism and beyond that, Mutebi is a brand on his own. I know his larger-than-life personality did not bode well with some people at the club but there is no tactician in Uganda that matches Mutebi’s nous.

Meanwhile, I know a number of female fans who only attend matches to watch a smart and eloquent Mutebi. He turns a dull atmosphere into a vibrant one; his post-match comments always make headlines. And, you cannot question his football brain. So, whoever was behind Mutebi’s sacking should be ashamed because Ugandan football will miss such a once-in-a-generation character.

De Sabre tried to fix it during the last AFCON to no avail. Maybe he needed more time.

Emma Okwi, F. Miya, Allan Okello and many others all used to score goals for fun before joining the Cranes.

You really don't want youngsters to join this malaise (except defenders) and go down the same route.

Look at how few players storm the opponent's box when the Cranes attack.

The U20 team still needs work. They would have improved tremendously (FUFA too) if they had gone to the World youth tournament.

FUFA and coaches need to keep tabs on all the players at their clubs and evaluate them honestly in camp.

There is such a thing as too much. Too many friendlies before Gabon 2017 and the last CHAN were not good.
Report to administrator