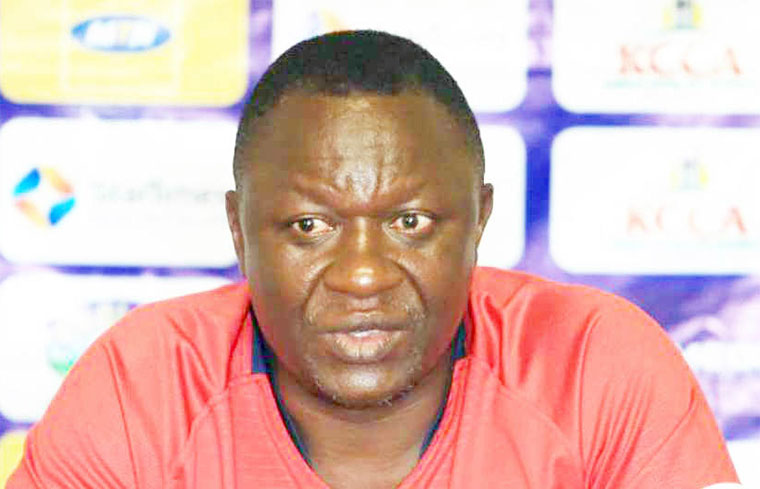 The mere mention of the name Mike Mutebi is bound to cause a hot debate. He is a polarizing figure who is idolized by football purists but loathed by football liberals.

Mutebi believes football is supposed to be an enjoyable game, not a win-at-all-costs endeavour. As such, he has always split opinion right from his playing days at KCCA in the early nineties Last week, the KCCA FC administration decided to axe him as manager after five years, even though no official reason was given apart from a ‘mutual understanding.’

However, it is an open secret Mutebi was shown the exit because of his bold [call it arrogant] stance against the directives of the club executive, among which included meddling in technical matters.

Conspicuously, this is Mutebi’s fourth exit from KCCA as coach and in all times, the bone of contention has always been his character rather than performance on the pitch.

During his playing days, Mutebi was an intelligent player with excellent game reading. However, his bosses always saw him as a wiseacre who questioned the team’s approach many times. When a nagging knee injury forced him into early retirement in 1993, he got appointed as club assistant coach to Fred Mugisha.

But within no time, it became apparent that Mutebi was the power behind the throne as Mugisha played a passive role. If a journalist had anything to ask about the team, Mutebi always had the answer.

Around that time, Mutebi used his influence to introduce a 3-5-2 playing system at the expense of the traditional 4-4-2. This created a bit of confusion and the more he asserted his influence on the team, the more he became a scapegoat for any bad result for the team.

In 1995, Mutebi’s sophisticated 3-5-2 system had become incomprehensible for many KCC fans so much so that when they drew 0-0 with Mbale Heroes, all blame was heaped on Mutebi. He quit the following day and accused the team’s technical department of being old-fashioned in a new football era.

From then on, Mutebi’s temperament became a huge debate in football circles but few could have imagined that he would maintain his self-esteem regardless of the threats around him.

As fate would have it, KCC never improved and in 1996, the club administration brought back Mutebi as head coach. By 1997, he had turned around the club into a real powerhouse; KCC reached the quarterfinal of the Caf Cup and by the three-quarter mark of the league, they were outright favourites to win the league with two games in hand over leaders Umeme FC and Express FC.

In 17 games, KCC had drawn twice and lost just one game. Tom Lwanga later guided the club to the title. Hell broke loose when the team settled for another goalless draw with Mbale Heroes, prompting some panicky club executives to question his tactics.

Rather than answering the queries of the executive, Mutebi used a pre-match briefing to announce his shock resignation from the club.

Mutebi returned to KCC in 2002 as football director but in 2003, he was elevated to become head coach. Everything seemed to go according to plan but in 2004, cracks emerged in his relationship with the club administration regarding his style of coaching.

The discontent reached a head on the eve of the Uganda Cup final against Express when Mutebi suddenly failed to show up for a routine training session. Efforts to reach him were futile and the vacuum was filled by his assistant, Robert Kabuye, who guided the club to glory.

By 2015 when he returned to KCCA FC as coach, it was a well-known fact that Mutebi’s rigidness was unshakable. Indeed, he was given a free hand to manage the club, a period in which he won all there is domestically, on top of guiding the club to the lucrative group stage of the Caf premier competition.

Still, questions persisted about his approach to games, handling of players and rocky relationship with the club executive. So, when it emerged that the club had parted ways with him, it wasn’t a shock at all.

But one thing that remains predictable is that if KCCA were to perform below expectation onwards or should the current board leave office, expect Mutebi to bounce back for a fifth time. He and the club are made for each other.