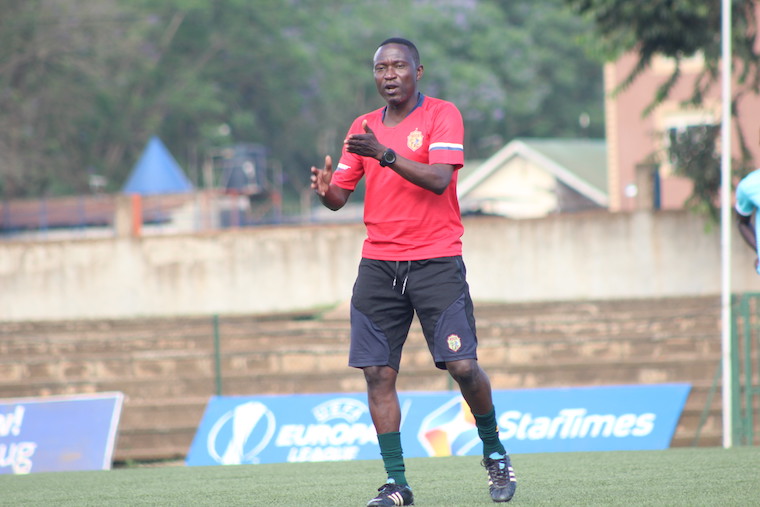 For the last four years, MORLEY BYEKWASO, 42, has worked under Mike Mutebi as assistant manager. But Byekwaso now ascends to the manager’s role, and he told JOHN VIANNEY NSIMBE in an interview on the eve of his first game in charge, that he is ready to lead……

Coach, what has been going through your mind since you were thrust into the KCCA manager role so suddenly?

Of course, it was a shock to see manager Mike Mutebi leave; it was really unexpected. But when I was told that I had to lead the team going forward, I accepted the challenge, because it is about taking fresh responsibility. Yet, again, having worked under manager Mike (Mutebi), I knew exactly what to do, in order to keep everyone focused.

But you have been a head coach before, so this change could not have shaken you so much, right?

Well, you could say that my previous experiences have helped me overcome that shock. I coached Sports Club Victoria University (SCVU) between 2013 and 2015. Yet, before then, I coached KCCA FC for 23 games in the 2011/12 season. But we all have to admit, that when you have been working with a great manager as Mutebi is, being given the responsibility to take up from him, is no small task.

For the four years you have been under Mike Mutebi, what have you learnt from him?

A lot, I must say. But the most significant thing I have grown to admire about him, is his strong-mindedness on his philosophy and tactics, self-belief and confidence in what he does and in his team, his strong leadership and the daring tendency to trust young players even when so many people fear.

So, is that going to be Morley Byekwaso’s blueprint?

Morley Byekwaso is Morley Byekwaso. I cannot be Mike Mutebi, because he is his own man and personality. But what I can assure you, is that we are going to maintain “our way” as Mutebi has been teaching it, which is playing entertaining football, because that is the KCCA tradition.

Yet, as has been the case over the years, we have to play football with purpose and positive results, because that is what the KCCA faithful want.

According to Mutebi, he did not mind winning 4-3. For him, he seemed to focus less on defending, as he did attacking. Is that what you stand for as Byekwaso?

Hahahahaha…...the winning of course is a priority at this club. And that is what Mutebi used to emphasize. That will not change even under Byekwaso.

Yet, depending on situations, we have to be adaptable to counter different challenges we face during games. We must defend as well as we attack too. But at the same time, keep the ball as well as we train to.

But why did KCCA struggle in the first round to a level they had never? You lost four league games, which was out of character, you know…..

Every football club will have those phases, when they will struggle. We are not any different. We lost form and a bit of our confidence. Then, with the many injuries, our situation worsened. But if you assess the way we finished the first round, save for the loss to Vipers SC, we were competitive. I do not think we are as bad as many people suggest.

Well, you are nine points behind the table leaders URA FC. Can you still win the championship?

It is true, we are behind URA by those many points as you mentioned. But I am not worried about URA’s lead. I believe we can still win the league.

What we need to do is win games, beginning with the one against BUL FC. Once we build the consistency that we were known for, then we will be back in title contention. The league is a marathon, and whoever hangs in there long, will win.

Finally, coach, you have worked under several coaches, including Micho. Where do you pick your biggest influences?

I have learned several things from all the coaches I have worked under. And from all of them, I have picked up different ideas, that define me. But I am a firm believer in having a team, that expresses itself; that entertains and wins.

Thank you coach, and all the best…..

You are welcome! I urge you to come and watch KCCA’s games. We will not disappoint you….