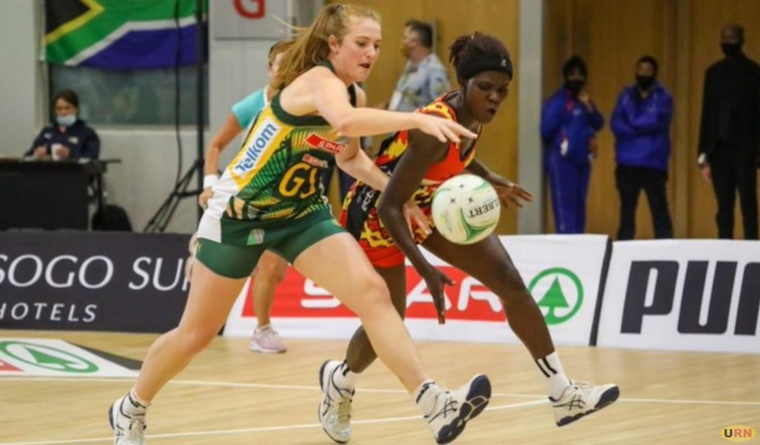 The game started on a high note with both sides looking for goals. Uganda led the first quarter with 10-7.  The She Cranes continued dominating even the second quarter heading to half time with a 19-17 lead. However, they lost control in quarter three - giving South Africa the way to lead with a 28-25.

The SPAR Proteas never looked back even in the final quarter, finishing the game with 44-32.  South Africa scooped the SPAR challenge with an unbeaten run defeating the She Cranes and Namibia thrice each. Uganda came second after beating Namibia in the three games they played.

Ugandan players won individual accolades because of outstanding performances. She Cranes goal shooter Irene Eyaru won the accolade for the best shooter of the series and goal defender Joan Nampugu scooped the best defender of the series.

The seven-match test series aimed at boosting Uganda’s position in the next netball world rankings. The test series will help Uganda maintain twelve places in the International Netball Federation (INF) ranking so as to qualify for the Commonwealth Games.