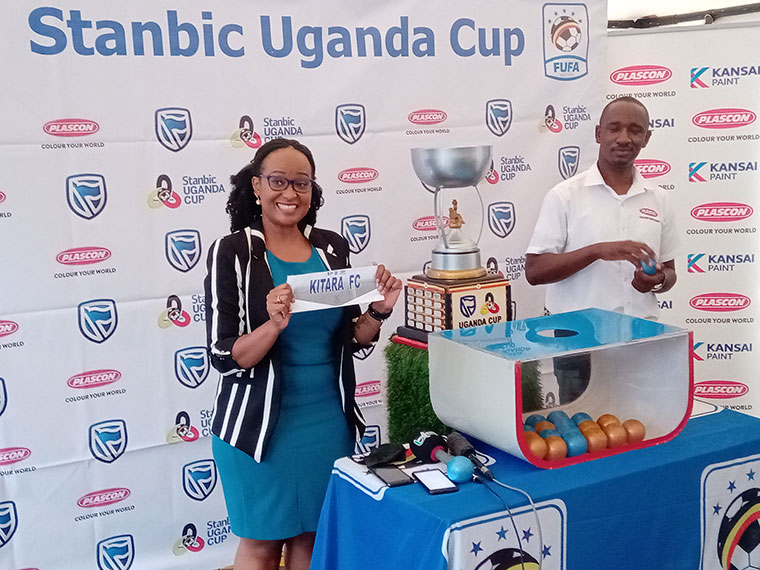 Proline FC have held onto the Stanbic Uganda Cup longer than they had ever envisaged, when they won it on May 25, 2019 at the Masaka Recreation Ground. Now, following the Uganda Cup draw held on Tuesday, March 30 at Fufa House in Mengo, Proline will tackle Tororo-based side Myda FC for the first leg in the round of 32 next week.

It will be the first time in recent times that the defending champions are a team from the second tier of the Ugandan football pyramid. And, inevitably, it will be an intriguing one. Proline has so far played two games, after the Big League started a week ago, which inevitably gives Myda a bit of an upper hand considering they have already played 15 Uganda Premier League (UPL) fixtures.

In addition, playing in the top-flight has inevitably given Myda a new sense of purpose and competitiveness, which on the face of it, gives them a bigger advantage. Not many Big League sides have managed to beat a Premier League side in recent years.

Nonetheless, Proline, whose main priority this season, is to secure qualification to the UPL, will give Myda a true run for its money. After all, when Proline won the Uganda Cup in 2019, they were a Big League side.

However, this time, unlike then, Proline has added valuable experience to their team. Former Cranes strikers; Brian Umony and Hamis Kiiza are plying their trade at Proline, and will inevitably pose a big threat to whichever team they face. The duo knows how to find the back of the net, which will also boost the team’s psyche.

Therefore, in many ways, while it is not usual, a Big League side will be favourite in this clash. That said, this year’s Uganda Cup tournament only has 32 teams competing. Each round of fixtures will be played over two legs, and the winner will bag Shs 50 million.

Other round of 32 fixtures: