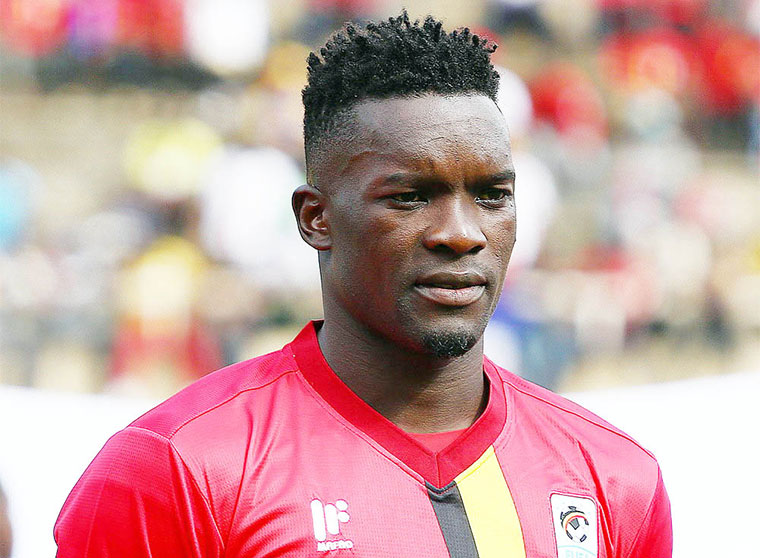 Fufa recently suspended Cranes midfielder Khalid Aucho for what the federation called ‘failure to adhere to the national team code of conduct.’

Upon reaching Entebbe airport, Aucho reportedly turned away a vehicle that had been arranged by the federation to transport him direct to Uganda Cranes camp before the Afcon qualifier against Burkina Faso. Instead, Aucho reportedly went to see his family first before joining his teammates in camp.

Ironically, the midfielder was suspended from the game due to a red card he got in the qualifier against South Sudan but Fufa had summoned him because his seniority was needed in the camp.

When I analyze the whole episode, I find Aucho in error but, on the other hand, Fufa acted high-handedly. A lighter punishment like a reprimand or deduction of his allowances would have been sufficient, especially when one factors in the timing.

I’m reliably informed some players were incensed by Fufa’s decision and this might have contributed to poor performance in the goalless draw.

Aucho’s summary suspension without offering him a hearing is reminiscent of the David Obua situation in 2011 when he was sent packing from camp for questioning the team’s decorum.

It came just hours to Uganda’s must-win Afcon qualifier against Kenya and it left his teammates demoralized. As fate would have it, Uganda failed to win that game and agonizingly bowed out.

Historically, a number of high-profile no-nonsense crackdowns by Fufa on players come to mind. At the 1968 Afcon in Ethiopia, Uganda Cranes posted poor results and upon the team’s return to the country, goalie Joseph Masajjage openly criticized coach Robert Kiberu’s formation and tactics at the tournament. Fufa did not wait for the team’s special dinner and dismissed him from the national team.

As a result, Masajjage’s understudy, George Bukenya, took over the goalkeeping role but The Cranes’ fortunes plummeted and they were bundled out of the 1970 Afcon qualifiers by Cameroon.

Meanwhile, in 1973, Polly Ouma was the biggest name in Ugandan football. The star striker scored the vital goal against Algeria in Algiers to guide Uganda to the 1974 Afcon in Egypt. His off-field outspokenness had made him a media darling but it always rubbed Fufa the wrong way.

During preparations for the tournament a few weeks later, Ouma left the team camp to link up with friends. This seemed normal as all players got time off to meet their loved ones. Unfortunately for Ouma, he didn’t get the permission of Westhoff Otto, Cranes’ German coach.

Fufa seized the opportunity and dismissed him from the team. Ouma, in a bid to rally the public behind him, immediately announced his retirement from national team football. Indeed, Ouma’s absence cost the Uganda dearly and The Cranes got eliminated at the group stage without a win.

The Ouma curse extended to the Cecafa Cup, in which Uganda performed dismally upfront. This prompted angry fans to petition National Council of Sports (NCS) to have Ouma back and in turn, NCS reined in Fufa and persuaded Ouma to make a comeback in 1975. Need I mention that his return kickstarted the golden era of Ugandan football?

In 1982, the great Phillip Omondi had just rejoined the national team after returning from a stint in the UAE as Uganda prepared to host the Cecafa Cup. The excitement of having Omondi in camp was palpable everywhere. But few days to the opening game, he left the camp at Lugogo to catch up with friends and was seen partying in different hangouts.

When it emerged that he had not got consent from team manager Jimmy Bakyayita Semugabi and coach Bidandi Ssali, Fufa dismissed him from camp. But this did not go down well with players and fans, who blamed Uganda’s loss to Kenya in the final to Omondi’s absence.

Yet again in 1984, a wave of excitement swept over the football fraternity as Uganda prepared to host the Cecafa Cup. In particular, fans were relishing the prospect of seeing the deadly striking duo of Issa Sekatawa and Godfrey Kateregga tear apart teams.

Both players enjoyed a great deal of star power on and off the field, often outshining their superiors in the technical team and Fufa. They lived large and backed it up with goals. When the team was summoned for camp in preparation for the tournament, all players obliged but Kateregga and Sekatawa took their time.

Two days passed as coach George Mukasa and team manager Bidandi Ssali waited for their arrival. This greatly incensed Fufa, which viewed this as a challenge to its authority and announced their dismissal from the team.

A bitter debate ensued amongst various football stakeholders and when Uganda was beaten by Malawi in the semis, the blame was placed on Fufa for acting highhandedly on the duo.

Top footballing FAs would have done the same thing as FUFA, maybe even worse.

Aucho's cavalier attitude could have jeopardized the whole team. There were players from far flung places that would not have appreciated potentially being exposed by one player costing them games, pay, or even life, in the process.

Obua knew that he was not going to play due to lack of match fitness. Instead of being a man and team player, he threw tantrums and falsehoods.

Remember, Obua senior also had indiscipline issues and was thrown off the African Nations Cup team that made it to the 1972 finals.

I don't understand this UG mindset.

Top footballing FAs would have done the same thing as FUFA, maybe even worse.

Aucho's cavalier attitude could have jeopardized the whole team. There were players from far flung places that would not have appreciated potentially being exposed by one player costing them games, pay, or even life, in the process.

Obua knew that he was not going to play due to lack of match fitness. Instead of being a man and team player, he threw tantrums and falsehoods.

Remember, Obua senior also had indiscipline issues and was thrown off the African Nations Cup team that made it to the 1972 finals.


If you knowingly flout the rules, you face the music.

Thank you The Ugandan
This is how things are done in other countries' FA.
Discipline.
Report to administrator
0 #3 Robert Kiraga 2021-04-06 06:38
Do not govern sports industry like military affair since its not a life time profession and mind you those talents are our precious assets.

Treat them with dignity and respect.
Report to administrator