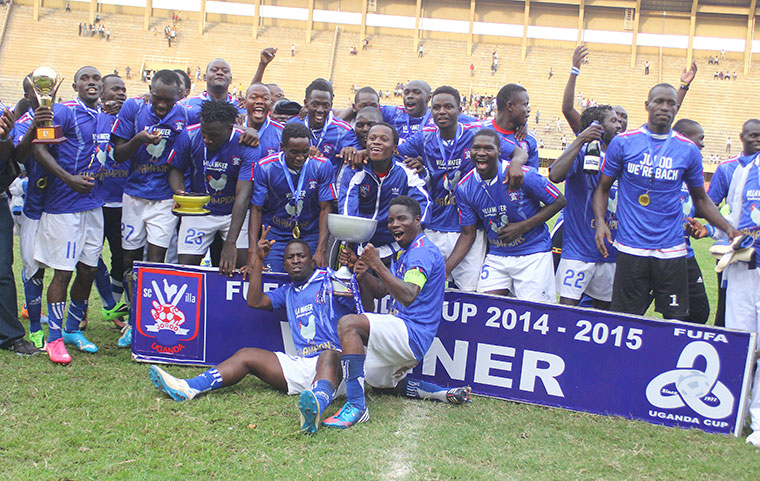 SC Villa is no longer the perennial winners they once were

Around March 2018, SC Villa was in the middle of a three-way dogfight with Vipers and KCCA FC for Uganda Premier League crown.

As club president, I invested in all efforts to motivate the players and fans. I had just returned from a foreign trip a few days before we played Vipers in a do-or-die match when a Fufa executive member alerted me of a ploy by Fufa president Moses Magogo to run down the club’s excellent campaign.

I knew Magogo loathed Villa’s resurgence and limelight that had seen President Museveni offer the club two buses on top of funding the club’s Caf adventure to Morocco. Besides, I also thought he had a basketful of issues to deal with in Fufa instead of meddling in the running of Villa.

In other words, I did not believe he could sink that low to sabotage the very club he claims to support. How wrong I was!

Indeed, that alert came to pass within a few days when four different cliques emerged to undermine the club as it reached the final bend of winning the league title for the first time since 2004.

For one, a group of the former Villa executives started claiming ownership of the club; then Magogo’s assembled camp of Rogers Byabakama, Dennis Mbidde and Edgar Agaba, among others, started fuelling discontent amongst fans and players by claiming I was using the club to make money.

Within no time, some former players, mostly those who could not get employment in the club system, started camping at the club’s training ground to demoralise players. The last clique was that of a few fans I had sidelined for disciplinary reasons in the running of club activities and service delivery.

Having these four forces abruptly emerging to fight my executive was premised on the delusion that I was using the club as a vehicle for personal gain. I later discovered Magogo was meeting all the cliques to undermine the club.

Many who saw my direct link to President Museveni and the multimillion sponsorship thought they would inherit the success when I leave. How wrong they were!

By the way, we lost that game against Vipers and the team never recovered from that setback. I also realised I couldn’t continue working in a toxic environment and I left. Unsurprisingly, Villa has never been the same and the downward spiral is alarming.

For a club which used to average Shs 40m at home matches in Masaka when I was in charge, it is disheartening to see it hopping from ground to another. Matters are not helped by information that players have not been paid for months. Sadly, even the two buses I got for the club broke down.

All this calls for a serious soul-searching at the club if it is to regain its lost glory. This business of being participants in a league is not in the Villa DNA. Villa is a club of big spenders whose pride supersedes the return on investment. And to have the big spenders back, Villa needs to have elections to bring on board people who will spend without remembering what they spent yesterday.

No amount of corporate elitism will bring back the club vibrancy when fans cannot trust a leadership imposed by Magogo. For Villa to stabilize, Magogo must leave Villa issues and let fans sort out the issues of the club themselves. Villa also needs to go back to Masaka city to identify with the local community for it to become a real community club.

It has to be pragmatic, not idealistic as Magogo deceitfully claims. So, William Nkemba and his team should pass on an olive branch to the people that have the club at heart. For one, I have been vindicated that a person cannot ride on someone’s success by merely filling their space.

Going forward, Villa needs a senate to bring together different factions. For instance, I know a number of funders who went with former chairman Fred Muwema while a number of fans believe in Ssalongo Ssemmanda. These resourceful people are the missing link to stabilize Villa.

So, the ball is in Nkemba’s court to choose between uniting Villa or working on the whims of Magogo. Bring Franco Mugabe, Muwema, Ssemmanda and Misagga in one room , and Villa problems will be sorted in one day.