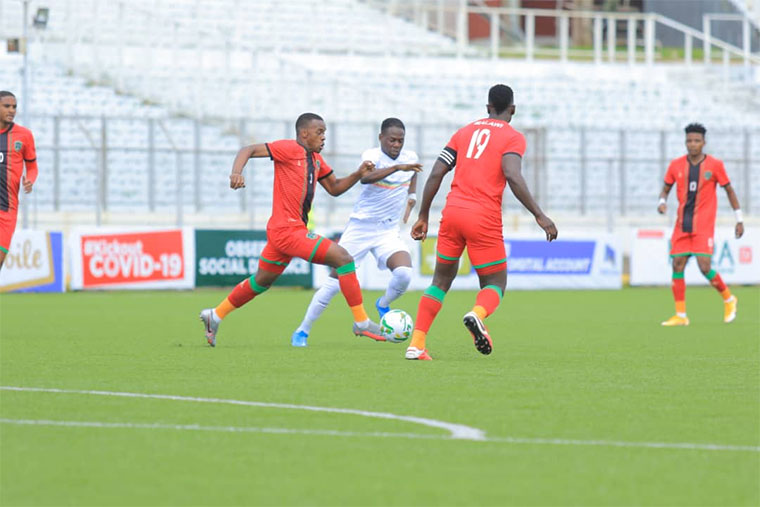 Uganda Cranes have failed to qualify for the 2022 African Cup of Nations set to be staged in Cameroon after losing their last Afcon qualifier game to Malawi in the do or die game played in Blantyre, Malawi.

Richard Mbulu’s 16th-minute goal secured the hosts a slot in the Afcon finals as Uganda looked on and failed to convert any chance into a goal, thus failing to qualify.

The match started on a high pitch as the two sides went on the offensive. The two teams were restless with pressure for an early goal towards securing their place in the finals.

Before half time, Emma Okwi’s effort that would have given Uganda an equalizer was denied by the woodwork, and both teams unsuccessfully looked for goals in the second half, hence a 1-0 scoreline in favour of Malawi. Uganda has only scored a paltry 3 goals in six qualification matches.

The win for Malawi took them to 10 points and Uganda was left on 8 points in Group B. Before entering the clash, Uganda needed only a draw to qualify. However, Abdallah Mubiru's boys failed to use the advantage. Burkina Faso had already qualified for the finals following their draw against Uganda at St. Mary’s Stadium Kitende.

However, Uganda fell to a shock loss to South Sudan in the second leg. Uganda wanted to qualify for Afcon finals for the third time in a row, after steadily taking part in the last two in 2017 and 2019, however, the loss to Malawi has denied them the chance.