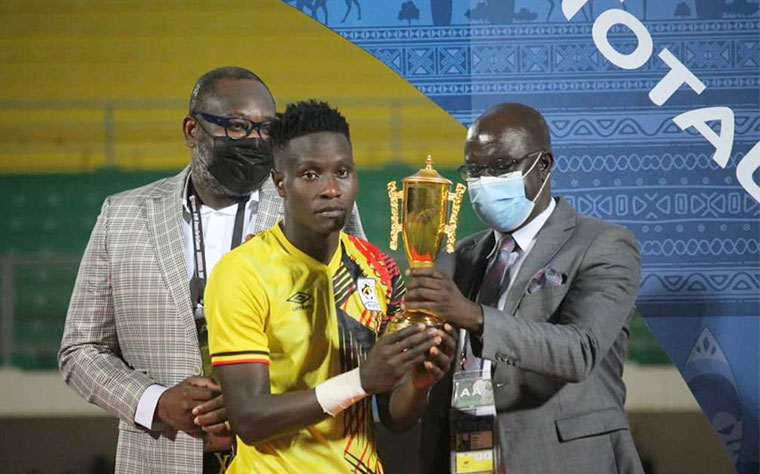 Uganda was awarded the FairPlay award

The Black Satellites of Ghana defeated Uganda Hippos 2-0 in the final last night to lift the U-20 Africa Cup of Nations (Afcon) trophy.

Team captain Daniel Afriyie Barnieh netted in each half at the Olympic Stadium in Nouakchott, Mauritania to ensure Ghana claimed their fourth U-20 Afcon title.

Uganda started the game pressing their opponents in the first minutes as striker Derrick Kakooza missed to score from an overhead ball in the 3rd minute of the game. Ghana built on their luck as Barnieh tapped in from a corner to put the Black Satellites ahead after 22 minutes.

In the second half, the two teams started on a high, but it was a mistake by Uganda’s midfielder Steven Serwadda that gave Ghana possession to score. Serwadda lost the ball in the midfield and Ghana's counter-attack gave Barnieh space to double the lead.

Despite several efforts from midfielder Isma Muguluusi and substitute Ivan Bogere Uganda failed to score. To reach the final, Uganda beat Mozambique 2-0, lost 1-0 to Cameroon before seeing off hosts Mauritania 2-1 all in the group stage. In the knockout stage, Uganda defeated Burkina Faso 5-3 on penalties and humbled Tunisia 4-1 at the semi-final stage.