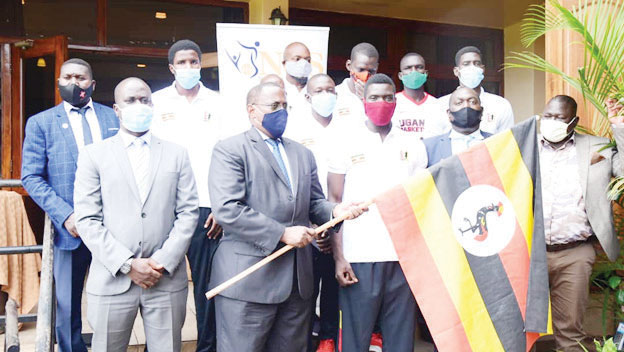 Rukare, who is the chairman of the National Council of Sports Board, has served as general secretary of UOC under Blick and is immensely popular among various federations for his diligence and work ethic. Nominations for elective positions closed on Saturday, February 13 and Rukare is set to assume office as an unopposed candidate.

Rukare, 52, was formely president of the Uganda Swimming Federation before becoming board chairman at NCS last year. A lawyer by profession, he is also an arbitrator at the Court of Arbitration for Sport and a member of the Commonwealth Games Federation Ethics Commission.

Blick has fully endorsed Rukare’s candidature in a move which shows how far UOC have come in transition of leadership. When Blick became interim head of UOC before being elected into office, he had to engage in a protracted power struggle with former president Rogers Ddungu.

And for Ddungu to win the seat, it took a well-thought-out plot to oust Maj Gen Francis Nyangweso whose hold on the presidency had become for life. It is to Blick’s credit that he introduced term limits at UOC and is now exiting the seat peacefully. Blick is an IOC member.

Rukare launched his manifesto yesterday, hours after his nomination and promised to promote Olympic values in the country. He also noted that as the board chairman of NCS, he will be at the fore of building a healthy relationship between the UOC and NCS, the government’s regulatory body of sports in the country.

Rukare has a good relationship with State Minister for Sports Hamson Denis Obua, which starkly contrasts with the icy association Blick had with former sports minister Charles Bakkabulindi.

For a while, especially in the build-up to the 2018 Common-wealth Games, there was virtually no relationship between UOC and NCS. If anything, the two bodies were at loggerheads with each one competing for supremacy.

More than 60 delegates from 30 federations will decide the future of the Uganda Olympic Committee on February 27. Lawyer Sim Katende will preside over the polls as the returning officer.