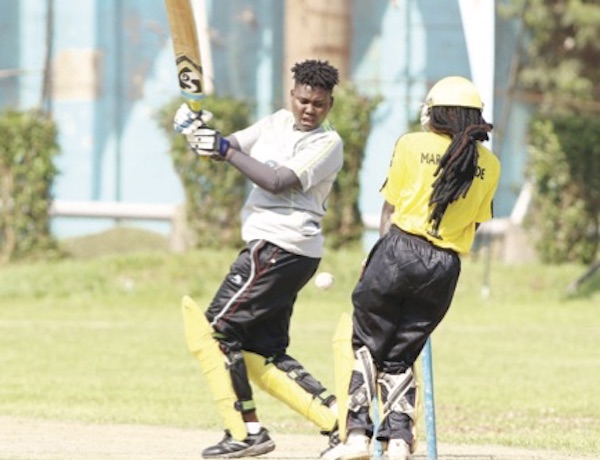 It feels great that the Ugandan Sports family is now waking up and correcting serious errors such as expenditure of our money.

I don’t know who can risk allocating sports Shs 200 billion when out of the Shs 26.6 billion it was given last year, about Shs 22 billion was spent just flying around the world. I also don’t know who made the policy that most sports funds must be spent on foreign trips instead of local development.

It actually defeats logic when a sports federation takes a billion shillings to spend in 10 days in a First World country outside Uganda when it doesn’t even have a permanent training venue here in own country.

The English saying that “Charity begins at Home” is so much violated by Ugandan sports. Our home is so underdeveloped but we keep taking almost all our funding out of the country to enrich already developed countries. Even more disturbing is the fact that we do not have a Sports Fund-ing Policy or what can be simply called expenditure guidelines.

As a result, our money is spent without any guiding formula or direction. In the absence of the funding policy, at least we should have had a strategic plan that guides us on where we want to go and how to spend in order to get there. However, this is also non-existent.

In essence, therefore, all sports expenditure actually follows no agreed or crystallized aims, objectives and targets. This explains why sports funds are spent on things that actually keep us continuously underdeveloped and more so with higher capital outflows than inflows.

It is baffling to learn that all federations do not even possess a critical need like a permanent training venue. Instead of solving such problems, federations are given money to just keep flying around the world as if they can ever outcompete countries whose sporting industry already has all basics in place.

Even if I was the president, there is no way I would allow allocation of more money to people who are just spending it all outside Uganda when we have so many problems inside the country. The recent elections have shown us all that the youths are now a very serious problem.

By their nature, desires and age, these youths are easily and intensely drawn towards sports. The sports federations are unfortunately unable to help with the youth problem because all sports funding is for foreign trips in what can best be described as mere capital flight that in fact impoverishes our country.

The sports sector which can convincingly deal with the youth problem has totally wrong expenditure priorities. By the time just one team can guzzle Shs 300 million on a mere 10-day foreign trip when its federation does not even have a permanent training venue inside Uganda, then you just know that ours is a sector that needs a major directional overhaul.

There is no sense in denying an entire federation a mere Shs 100 million to spend over 12 months developing sports inside Uganda when one team can be given a billion shillings to spend in 10 days outside Uganda. Few can forgive our sector when they keep seeing such ridiculous things happening endlessly.

Ugandan federation leaders decided to come together on December 10, 2020 and formed a united body for the first time in Ugandan history.

Up to 42 of the 51 federations embraced this move to form the Union of Uganda Sports Federations and Associations (UUSFA). Last week, UUSFA met the speaker of parliament, Rebecca Kadaga, and pledged to change the way sports funds are spent.

The speaker was so impressed with UUSFA’s presentation that she immediately pledged to throw her support behind the local development direction that UUSFA has taken. It is such a great relief that the sports leaders themselves have come out to identify and correct the non-strategic expenditure of Ugandan sports funds.

Sports minister Hamson Obua has already seen the strategic importance of UUSFA and has moved to quickly embrace the union. The future for Ugandan sports is, therefore, very bright with UUSFA taking the lead to correct very catastrophic errors like the above.

The writer is interim secretary-general of UUSFA and president of Uganda Table Tennis Association.