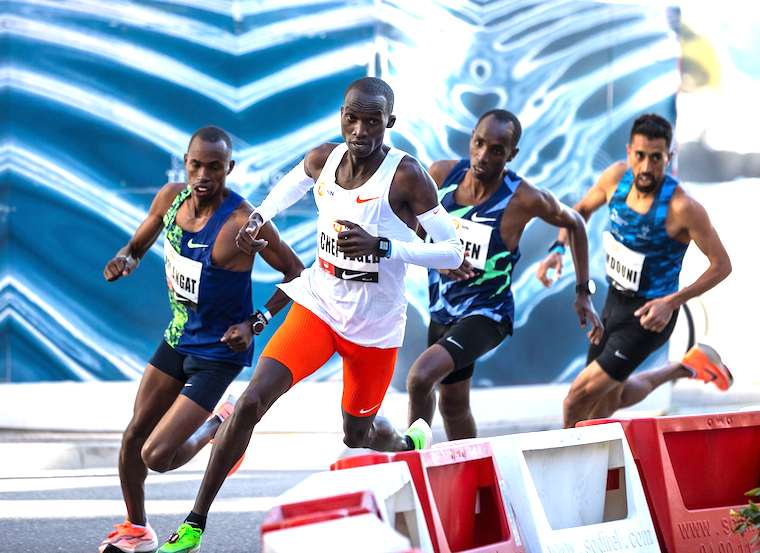 Joshua Cheptegei, the Ugandan athletics sensation has done it again.

Cheptegei showed that he is the man to beat for the world’s long-distance crown, winning the Monaco Run 5km Herculis 2021 clocking 13:11. The 24-year-old today defended the crown he won in the previous edition of the Monaco run.

Although Joshua failed to beat his own World Record of 12:51 set last year in the Monaco run, the long-distance runner comfortably scooped the championship by beating Kenya’s duo Birthwell Birgen who came second with 13:15 and Davis Kiplangat with 13:16.

This is the second time in a row Uganda’s icon is winning the same championship after a brilliant display of solo running to break Kenenisa Bekele's 16-year-old 5,000 metres world in the previous edition of the Monaco run.

Talking to media after retaining the championship title, Cheptegei disclosed that he has had one month of training and was happy to have defended the award. The athlete also said he is looking forward to the Tokyo Olympics although he believes that it will be tight.

“I just had one month of preparations but still it’s good to have won the title again, Tokyo will is going to be a tough phenomenal to me, I expect this year to be a good one,” Cheptegei said.

Cheptegei recently withdrew from the domestic National Cross Country championship to concentrate on the Monaco Run. Recently,  he was announced as Uganda’s Tourism Ambassador.

0 #1 WADADA rogers 2021-02-14 23:22
Congs bro, they should make you IGP
Quote | Report to administrator
0 #2 rubangakene 2021-02-15 17:26
Doing what he does best! Run
You were born to run, run, run
Inspire Uganda to run, run,
In schools, in villages, run,
Run for health and sanity,
Defeat poverty, they shall run
Run for righteousness, run
Run to escape ignorance.
Quote | Report to administrator
Refresh comments list
RSS feed for comments to this post
Add comment