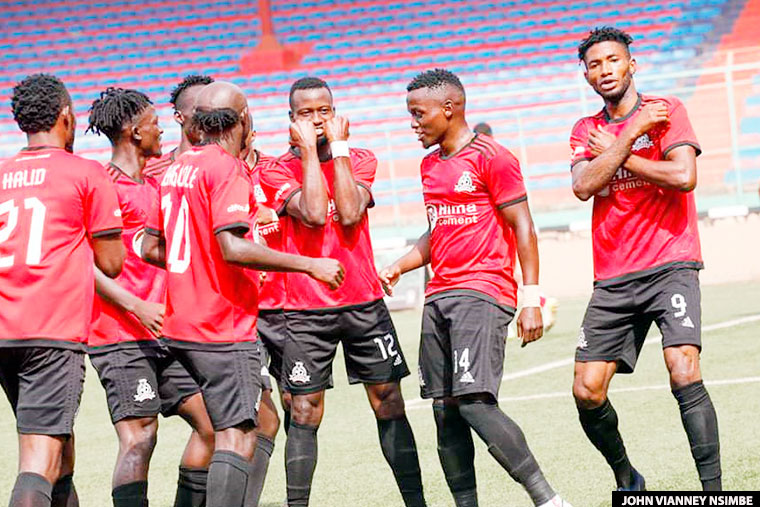 Vipers’ players celebrate one of the seven goals against Myda. Unfortunately, they struggle to keep the same form on the continent

Vipers’ players celebrate one of the seven goals against Myda. Unfortunately, they struggle to keep the same form on the continent Is the UPL to blame for The Cranes poor show?

The recent poor show of The Cranes in the Chan tournament prompted many football pundits to ask several questions but
with few answers.

The Cranes, for the fifth time at Chan, failed to get out of the group stage yet on record; Uganda, DR Congo and Zimbabwe are the most experienced teams in the tournament history. Which begs the question, what is Uganda Cranes’ problem? Last week, I tackled the issue of coaching as one of the reasons for the country’s poor performances in the event.

However, there is also need to critically review the Uganda Premier League because all indicators show that the quality of the local league is wanting.

For stats sake, Uganda has only managed 10 goals in 15 Chan matches. When you compare this with the fact that since 2015, no league top scorer has netted more than 20 goals, it becomes more evident that the problem may be beyond coaching and that the quality of players is indeed poor.

Back in the late 90s and early 2000s, the league had volume scorers. Hassan Mubiru was the top scorer in 2000 and 2001 seasons with 27 goals while playing in the same 16-team league yet the current crop of strikers are blowing hot and cold without any consistency.

The weak league could also be the reason why few players have attracted foreign clubs. At the 2014 Chan, Yunus Sentamu was Uganda’s best player and joined the paid ranks in DR Congo but as we talk now, he is back at Vipers. In 2016, Farouk Miya was the star player and was signed by Belgium giants Standard Liege.

But within a few months, he downgraded to Turkey after several loan spells. At the just-concluded tournament, Said Kyeyune impressed with two goals but the best bidder this time was a Sudanese side

Due to lack of a competitive league, the likes of KCCA and Vipers, the two remaining ‘giants,’ continue to struggle in Caf competitions.

Recently, KCCA bowed out of the Confederation Cup at the hands of Rwanda’s AS Kigali in a tie that looked easy on the paper. Meanwhile, Vipers too couldn’t overcome Sudan’s Al-Hilal.

You only have to wonder the level of humiliation both sides would have suffered had they drawn North or West African sides.