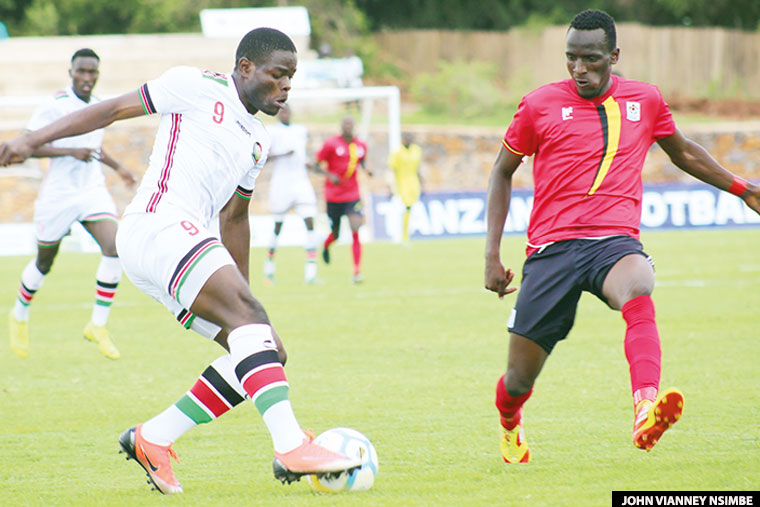 Uganda’s form at the just-concluded Chan exposed the country’s ineptitude at continental level and left Fufa reflecting deep and hard on what ought to be done to elevate the abysmal standards, writes MARK NAMANYA.

The last couple of months have not been kind to coach Johnathan McKinstry and the Uganda Cranes. First, the senior team struggled home and away against South Sudan to leave the team in a precarious position ahead of the final Africa Cup of Nations (Afcon) qualifiers against Malawi and Burkina Faso.

And then last month, the Ugandan team at African Nations Championships (Chan) managed a solitary point and two goals at the competition before finishing bottom of the group.

The Cranes conceded seven goals and once again failed to make it past the group stage of the tournament. Uganda’s form at Chan exposed the country’s ineptitude at continental level and left the federation reflecting deep and hard on what ought to be done to elevate the abysmal standards.

The one area where the country has shown tremendous promise has been at the youth level where the underage teams have been impressive in regional competitions. Uganda has swept every under-age tournament in the Cecafa region, but it remains to be seen whether the young boys can make that daunting leap to continental dominance.

Uganda is in Group A of the U-20 Afcon competition to be staged in Mauritania later this month and will play Mozambique, Cameroon and the host country.

The youngsters were in Tanzania for a mini-tournament that served as their build-up to the tournament in West Africa. The team beat Tanzania 1-0 before losing 3-5 to the same opponents. Namibia, who had been scheduled to participate in the mini-tournament, pulled out.

The U-20s fly out to Nouakchott, the Mauritania capital, knowing that the country will be keen on them to do well and hoist the national flag high.

Ideally, there shouldn’t be a load of expectations on the junior side, whose involvement in the U-20 Afcon should nominally be to enhance their progress and development while providing them exposure. Exciting attacking players like Steven Sserwadda (KCCA) and Isma Mugulusi (Busoga Utd) shouldn’t be arriving in West Africa with the kind of demands Denis Onyango and Faruku Miya would have on their shoulders for the senior Afcon competition.

But the patience bar has been lowered after Uganda’s failure at Chan so much so that excuses won’t be permissible in the event that the boys don’t do well. Coach Morley Byekwaso’s team is a mix of the most promising fringe players and if they go on to do well, then just maybe the narrative that the national league lacks talent will be somewhat debunked.

Victories hide a multitude of sins whereas defeats always call for an explanation. Such is the fickle nature of the beautiful game of football and the results in Mauritania will no doubt shape the next debate on the state of the game in the country.

After the U-20s, will be the U-17s who are due to fly to Morocco next month for their respective Afcon tournament. Like the U-20s, the U-17s will also be playing at the continental tournament for the first time ever.