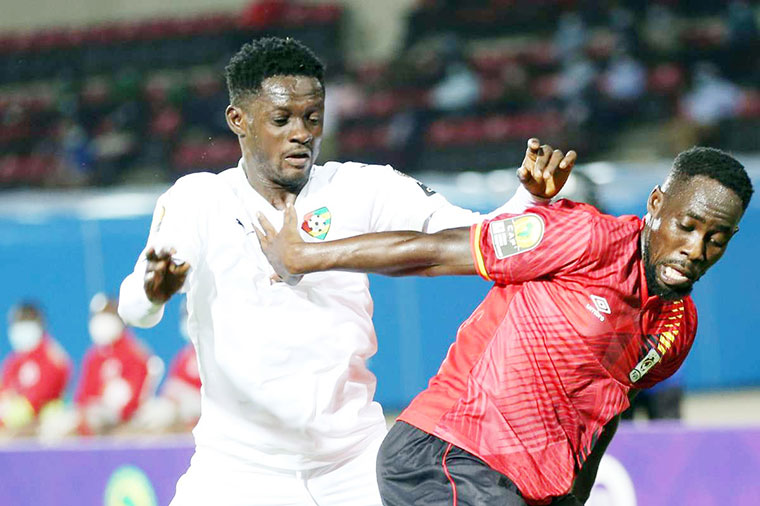 Leaving a legacy is one of the most underrated attributes of Ugandan football.

Oftentimes, players, coaches and administrators live in the present life with little regard about how they will be remembered. It is when they reach the sunset of their lives that they start working towards leaving a memorable legacy but this is always ignored by the public, which often remembers one’s failures at the expense of the great works.

In the wake of the demoralising exit of The Cranes from the African Nations Championship (Chan), a lot of blame has been put on coach Johnathan McKinstry. His selection of the team was poor, tactics flawed and, most importantly, there was also little to show he was in command of the whole situation.

This has led to the reigniting of old debate on foreign coaches. There is a feeling these foreign coaches do not care about legacies and neither does Fufa when hiring them.

One wonders; when a foreign coach gets good results, he flees at the slightest opportunity. We have seen this with Laszlo Csaba, Milutin ‘Micho’ Sredojevic and, most recently, Sebastien Desabre. When they don’t perform to expectations, they hang around to run down contracts.

Do we hire mercenaries to use Uganda as a springboard? Does Fufa place tangible expectations on these coaches before hiring them? One thing I know for sure is that these foreign coaches care little about the legacies they leave in Uganda. I highly doubt McKinstry is here to build our football and he will jump ship at the earliest opportunity of another job.

That looks understand-able since the game is a business that is determined by the forces of demand and supply. My concern is that Fufa knows all too well that McKinstry’s brief is to simply win us games to take us to tournaments. Whether he develops our local coaches and players is just an extra.

You have to look at why Burkhard Pape is a revered figure in Ugandan football to understand what I’m talking about. The German arrived in 1968 to coach the national team but soon realised that he had to start from the grassroots in order to fulfil the task at hand.

So, he focussed on instilling professionalism among the local coaches and seeing how aged The Cranes were; he also focussed on building a formidable team. During his five-year tenure, Pape hardly won anything major but by the time he left in 1973, he had groomed a formidable team of players and coaches such as David Otti, Robert Kiberu, Bidandi Ssali, Peter Okee and Ben Omoding, among others Three straight qualifications to the Africa Cup of Nations are testament to his solid legacy.

All the years since then, Fufa seems to hire coaches purposely to get results but in a country where promising coaches and players need careful guidance, all we need is a coach whom the country can tap into his rich football philosophy.

The football fraternity should be able to understand a foreign coach’s philosophy beyond the rhetorical ‘I will take Ugandan football to the next level.’ If not, Fufa should entrust local coaches with the hot seat. We will never believe in them if we don’t give them a chance.