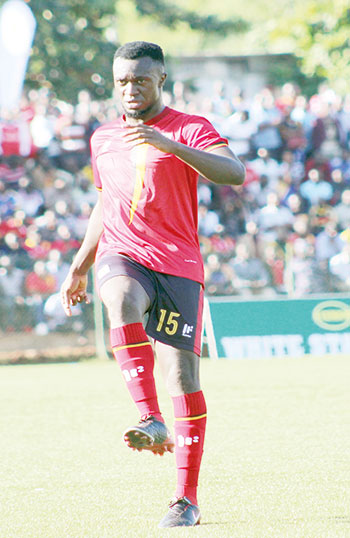 Former KCCA FC midfielder Sadam Juma is among the generation of players that promised a lot but has not yet reached his full potential twelve years down the road.

Commonly referred to by many of his peers as “Juma Nature”, a name that would possibly fit well for a music star, Sadam was profoundly called the “Big Game Player”.

Nothing could be more glaring in the stars than Sadam’s goal against Egypt’s Al-Ahly in the Caf Champions League group stage encounter at Namboole stadium in May 2018. It inspired KCCA to a remarkable 2-0 win over Africa’s team of the century.

For that goal alone, Sadam made sure his name is etched in the folklore of KCCA, the 13-time league champions, the first Ugandan side to make it into the lucrative group stages of the Caf Champions League. Yet, lest it is forgotten, in 2011, when Uganda qualified for the Africa Nations Championship (Chan), it was Sadam that scored Uganda’s first and only goal in Sudan.

Goals have been a rare commodity for The Cranes at the Chan tournament. One can only hope that this time round, following our opening fixture against Rwanda on Monday in Douala, Cameroon, Cranes coach Johnathan McKinstry will have found solutions to that shortcoming.

In the Chan tournaments of 2011, 2014, 2016 and 2018, a total of 12 games, The Cranes scored only seven goals, which is an average below half a goal in each game. At the 2018 tournament under French coach Sebastien Desabre, they only scored in their opening 1-3 loss to Zambia through Derrick Nsibambi.

“To tell you the truth, we went into that tournament half-baked. Remember Desabre was just a couple of days into the job, and hardly knew us. So, even implementing his ideas was difficult in such a short time despite how good he was as a tactician,” Sadam said.

That notwithstanding, Sadam, 27, was one of the experienced players in the 2018 Chan team, since it was his second time at the tournament.

And while his 2011 Chan goal has him in history, to Sadam, it is just another goal. Yet, on a serious note, it was a huge one for both Sadam and The Cranes in many ways. It showed potential. The run by Sula Matovu down the left and then the cut back that Sadam smashed home to draw Cranes level against Gabon, led to a well crafted goal.

Although it was in a dead rubber that the West Africans eventually edged 2-1, the assist and finish were the kind to behold from two burgeoning stars.

For one reason or the other, they are both veering off the scene steadily, although Sadam, who has had no club since leaving KCCA in July, is hoping for good news very soon.

As a free agent, Sadam can join a new club at any time he secures a deal. However, while he waits for that, he will be watching The Cranes keenly, hoping that they make it out of the group this time.

“Although many people have focused on Cranes’ previous problems at the Chan to be hinged on lack of goals, there have been many other hindrances to the team’s cause such as preparation,” Sadam noted.

He pointed out that even the fitness levels were a problem. Lack of consistent gym work right from club level affected the players’ fitness. In fact, Sadam attributes Cranes’ good showing at the 2019 Africa Cup of Nations to Desabre’s detailed fitness programme for the team.

In addition, although the Chan tournament comprises of players that play in their domestic leagues, a fact that has made many football fans here believe it is a good platform for Cranes to do well, Sadam acknowledges that their attitude as players has also been wrong.

“We get carried away so fast. Just being at the Chan felt like success already, and we did not go the extra mile, something the West and North Africans had in abundance. That attitude should change once we get more players like Denis Onyango succeeding at the top,” Sadam confessed.

On top of that, Sadam pointed out that poor game reading, movement on and off the ball and lack of self-belief were key aspects lacking in them as players. So, succeeding at Chan was always going to be difficult.