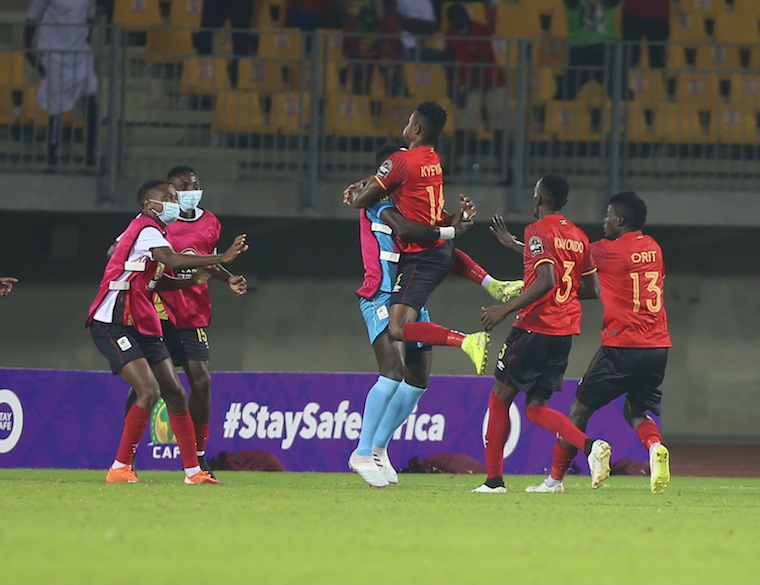 The Uganda Cranes bowed out of African Nations Championship in Cameroon following a 5-2 loss on the decisive group ‘C’ encounter against Morocco on Tuesday. The Cranes needed only a win to advance to the quarterfinals.

After match-day two of The Cranes campaign at the ongoing Total African Nations Championship (Chan), Cranes’ custodian Charles Lukwago was lauded for being one of the top three goalkeepers.

However, that statistic is a downturn to the Cranes’ overall performance, which is below par. That Lukwago’s defence has been breached easily is not a sign of a team defending well. Before the Morocco encounter, Uganda had conceded twice and scored once, but were not playing in a structured manner.

Yet, this team has been in camp long enough right from March last year. They travelled to Dubai in October, and had the UPL stopped in December. This preceded a mini tournament in Yaounde before Chan started, where they drew one-all with Cameroon, beat Zambia 2-0 and humbled Niger 3-0.

Yet, their display in the tournament proper, the goalless draw with Rwanda in the opener and a 1-2 loss to Togo last Friday, spelt doom for another early exit from the tournament. That has been the story from all the last four tournaments Cranes have been to.

The glaring aspect about the current team is that their ball passing and individual player technique have been wanting. This resulted in so many blind passes, capped by the failure to unlock defences. Former Cranes goalkeeping coach Fred Kajoba thinks that stage fright is oftentimes the problem.

“I think our players need to compete more at the top level, so that they get accustomed with the pressure at that level.” Yet, players like Viane Sekajugo and Joackim Ojera have been some of the most impressive players in the UPL for the last couple of seasons but they had no impact for The Cranes against Rwanda and Togo.

Worse still, not a single player has stood out, including both the upstarts and the experienced ones. With five changes made in the second game, coach Johnathan McKinstry appeared unsure of which players best suited the circumstances. Even if they had beaten Morocco, and qualified for the next round, a deeper analysis would have been needed about the team’s structure, because it leaves a lot to be desired.

Did McKinstry go there to experiment?

Surely FUFA can get a better coach to handle the senior national teams.

Also, playing 3 friendlies before a major tournament is a bit much.

We should have learned from Gabon 2017.
Friendlies are good but the timing and frequency can be detrimental to the mission.