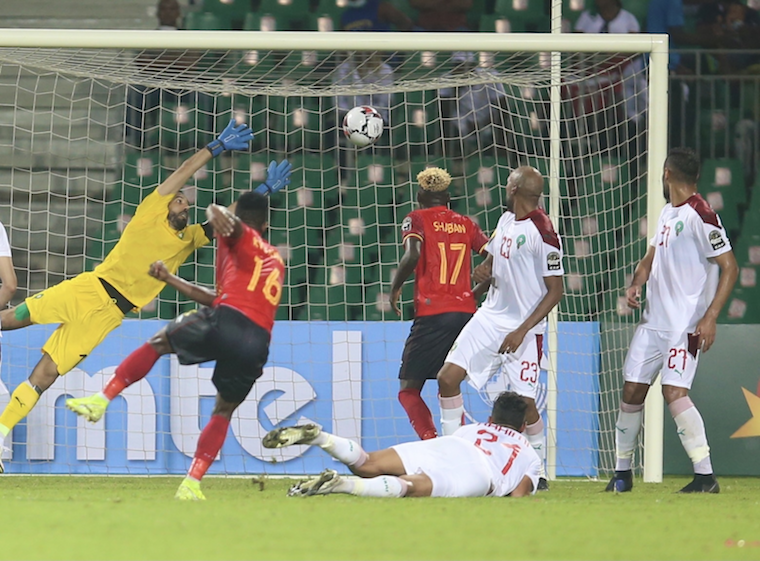 Kyeyune smashes in a consolation goal

Uganda Cranes have exited the Total Africa Nations Championship (Chan) after suffering an embarrassing 5-2 defeat to Morocco in a Group C match played at the Reunification stadium in Douala, Cameroon on Tuesday.

Ibrahim Orit gave Uganda Cranes a 25th-minute lead before the defending champions Morocco levelled through a well taken Ayoub El Kaabi penalty converted at the strong of half time.

In the second half, the Moroccan team returned to dominate play and score a brace through Soufiane  Rahimi, Hamza El Moussaaoul and an own goal by goalkeeper Charles Lukwago.

Saidi Kyeyune netted a consolation goal for Uganda Cranes. The defeat means Uganda exited the sixth edition of the Chan tournament bottom of Group C with one point after their 0-0 against Rwanda.

Coach Jonathan McKinstry’s team also lost 2-1 to Togo. In another Group C match played at the Limbe Omnisport stadium Rwanda came from a goal down to defeat Togo 3-2 to qualify for the quarter-final stage.

Rwanda now joins Morocco, Mali, Congo Brazzaville, DR Congo and hosts Cameroon in the quarter-finals. The last games in Group D will be played on Wednesday with Namibia facing Zambia, while Tanzania takes on Guinea.