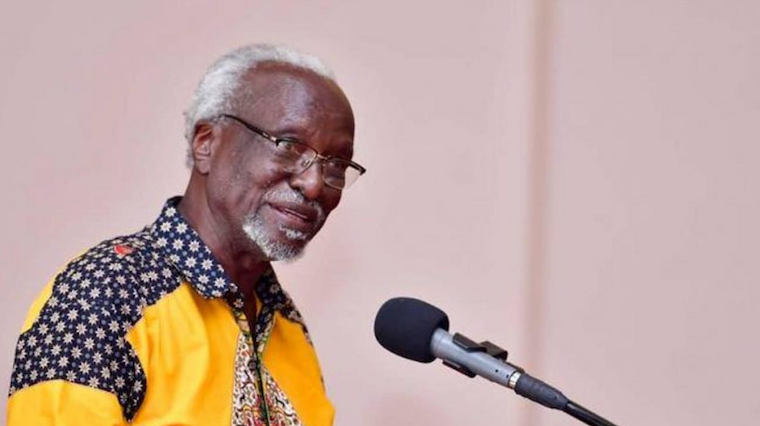 The past year came and went with a lot of sorrow in the sports fraternity. There were many renowned sports personalities who passed on and, to celebrate their legacies, it is only fitting that I look back to their contribution to Ugandan sport.

The former Cranes and KCC midfielder-cum-defender died on February 25, 2020 in Arua. He is remembered for his powerful tackling and was a regular feature in The Cranes side of the nineties.

He was a renowned SC Villa supporter for decades. In 2014, Immanuel Ben Misagga ap-pointed him to the club executive. He served as the club’s team manager and later director in charge of finance. He will always be remembered for his generosity and down-to-earth attitude. Jumba was pronounced dead on February 29, 2020 and buried in Masaka.

He was a solid defender from the seventies era and featured for NIC FC, Coffee, SC Villa and The Cranes. He quit football in 1984 and went off the radar until 2019 when it emerged he was in bad health suffering from dementia. He died on May 18, 2020.

The legend collapsed and died on May 26, 2020. Widely considered the most complete player in the history of Ugandan football, Kirunda excelled in virtually all positions on the pitch during his illustrious 20-year career, winning all there is in domestic football.

Brig Jackson Tushabe was popularly known as Col Bell in football circles. He personally formed Victors FC, which won two Uganda Cup titles (2008 and 2010). But as his health deteriorated, he moved away from the limelight and died on June 30, 2020.

A workaholic who served as Buganda sports minister for more than a decade, it was under his leadership when Masaza Cup was revived in 2004. His death on September 13, 2020 shocked many sports lovers.

As the sports fraternity reeled from Semakula’s death, news trickled in that Shaban Muziransa had died the same day in a motor accident. The soft-spoken sports administrator was president of Uganda Badminton Federation for some time and used his deep pockets to stabilise the cash-strapped body. He also financially assisted many top badminton prospects.

The former Kampala mayor was KCC FC patron because of his position. Although he was an Express FC fan, he saw to it that KCC FC get sup-ported financially and on many occasions watched KCC games. The 72-year-old died of cardiac arrest on September 27, 2020.

Nicknamed Ojuku, the former footballer, coach and administrator died on November 18, 2020 after complications resulting from high blood pressure. He was 72 years old. His biggest attribute was the knack of spotting young talent.

An astute Muslim scholar, Kaliisa is best remembered for his dedication to the welfare of Express FC, the club he supported from his formative years till death. He was found dead in his bedroom on November 3, 2020.

During his tenure as chairman of KCC FC between 1999 and 2003, the club didn’t win a major silverware but that was mainly a result of financial hardships at the Lugogo-based side. In this period, he used his experience in administration to keep the club together. He died on November 18, 2020.

Until his death on November 27, 2020, few saw Hajji Kamulegeya playing football but some of us who saw him in action, remember his dribbling artistry. He was a kingpin in the NIC FC team of the 1970s and early eighties; injuries forced him to retire from football early.

The former KCC FC official succumbed to Co-vid-19 on November 28, 2020. He became KCC FC vice chairman in 1985. During that period, Kabuubi used his huge pockets to recruit players for the club and on many occasions led the club to international engagements. In 1994, he joined hands with Patrick Kawooya to form Villa International.

He was a vibrant SC Villa fan as well as a motor rally driver. He died December 15, 2020, after succumbing to Covid-19.

He was a long-time SC Villa fan. In 2003, he was appointed team manager of Joogoo Young, SC Villa’s academy side, and helped the club to produce top prospects like Steven Bengo, Isaac Kirabira, Yasin Mugabi, Isaac Muleme and Jeremiya Sebuyira, among others. He died on December 18, 2020.

Whereas he is best known for his long political career, he was the first KCC FC fan to register as the first club member in 1975 and held the club’s first membership card (001). Besides that, Kirunda together with Jaberi Bidandi Ssali and Kintu Musoke used their company (Sapoba Bookshop Press) to print club merchandise which they donated yo the club. He died on December 19, 2020.

He was killed in cold blood on December 30, 2020 by security forces. The pugilist represented Uganda at several amateur events and is best remembered for training upcoming boxers, especially from underprivileged backgrounds.