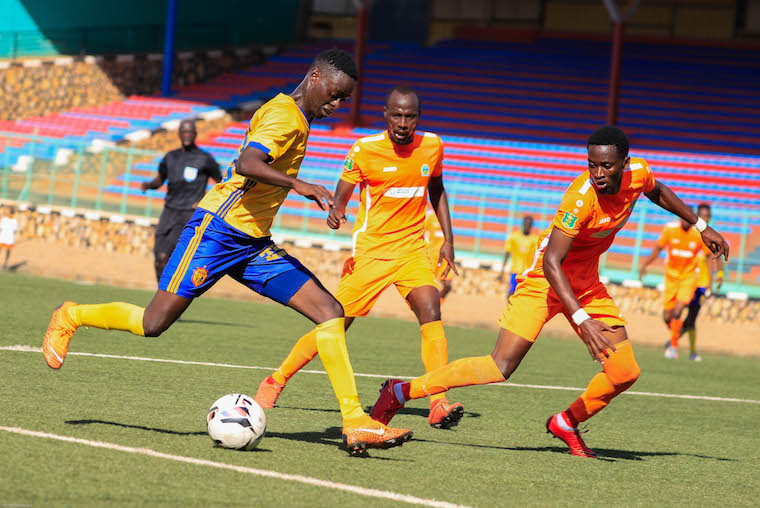 For the third successive season, KCCA FC have failed to make it into the group stages of any of African football’s major club competitions.

In the 2018/19 season, Congo’s AS Otoho knocked them out 3-2 on aggregate in the Caf Confederation Cup (CCC). In the 2019/20 season, Angola’s Petro de Luanda edged them out on the away goals rule, following a 1-1 second leg scoreline in Lugogo in the Caf Champions League (CCL).

And then last week, Rwanda’s AS Kigali made it to the penultimate round, before the group stages for the first time in their history, despite a 1-3 loss to KCCA in the CCC tie held at the St Mary’s stadium in Kitende.

This was owed to the fact that AS Kigali, who secured a 2-0 first leg victory over KCCA by forfeiture, progressed on the away goals rule. Considering that, KCCA came short on their ultimate target, raising questions whether their manager Mike Mutebi is still the right man for the job.

Inevitably, that is for the club to decide, although it goes without saying that the pattern of results for KCCA over the last three seasons, do not make for good reading. Aggrey Ashaba, KCCA’s vice chairman told The Observer that as a club, they fully back their manager, and a recent misstep against AS Kigali will not detract them.

Ashaba said: “If you look at the circumstances under which we played against AS Kigali, our players and coaching staff were affected by Covid-19. That meant we could not raise a full team, let alone play the first leg. That is a situation, that incapacitated us in some way, yet it was beyond the coach’s control.”

However, despite Ashaba’s view, many at KCCA still believe, that with the quality of players available to play the second leg, progressing to the next round should have been a certainty. The AS Kigali team was not one of the formidable ones, yet Mutebi’s intermittent gambles, gave the visitors the window of opportunity they used.

Collin Subika, a football commentator and KCCA fan noted, that with the many years' experience Mutebi has now, he must know what it takes to win games on the continent.

Subika said: “In the game against AS Kigali, which was a must win one, there was no room for try and error. But only the players, who know the business of winning at that stage, and have the experience at that level needed to be considered first.”

Kato, Magambo and Obenchan had already played games in the league, yet for Ramathan, he was making his season debut in the club’s most important match, when the stakes are as high as the pressure. Incidentally, it was Ramathan’s foul, that resulted in the penalty from which AS Kigali scored the all important away goal.

While it is no guarantee that the other three could not have made a costly mistake, but the law of averages has it that a tried and tested player, is a more secure bet to success. In fact, Mutebi should have already learnt a lesson from the previous league games, when he changed a team, that had won three games on the bounce, he lost to SC Villa.

In addition to that, when Otoho knocked out KCCA, Mutebi is said to have insisted on fielding a player, Herbert Achai, against the advice of his support staff, who felt the boy would not deliver since he had been vomiting days earlier. He was sick, and when he played, he was the highway for Otoho’s attacks.

And against Petro de Luanda, after picking up a priceless goalless draw away, when the team returned for the second leg, Mutebi chose to change the formation. He moved Mike Mutyaba from the wing into a central striker position, rendering the player ineffective.

Although Mutebi reverted to it in the second half of the second leg, Petro had become resolute, making it hard for KCCA to breach them. Mutebi insists that he sets up the team, after detailed training sessions from which as a technical team they decide what would work best against an opponent.

Yet, it goes without saying also, that teams play better, when they repeat a pattern of play consistently, unlike when the line ups keep changing.

But Mutebi said, that he picks players on merit, particularly focusing on who performs best in training. While Mutebi has the prerogative to run things his way including the team selected and way of play, there are times, that call for pragmatism.

To play an open game away from home, well aware of the psychology of Ugandan players, and get whitewashed, is hardly a plus for Mutebi, especially if the team shows little progress on the continent.

On the other hand, the fact that KCCA also keeps losing players every season like Allan Okello, Timothy Awany, Allan Kyambadde, Muzamiru Mutyaba, Paul Mucureezi, Muhammad Shaban, Dennis Okot and Geoffrey Sserunkuma, who inspired the team’s two appearances in the lucrative group stages, some things, like Ashaba argued are beyond the manager.