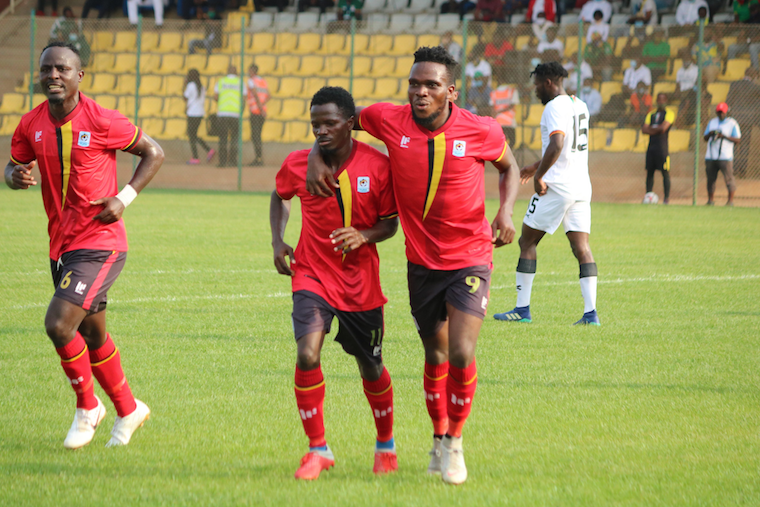 The Cranes have thus far been impressive in their warm-up games in Cameroon as they prepare for this year’s African Nations Championship (Chan) tournament, writes MARK NAMANYA.

In many ways, the upcoming Chan tournament in Cameroon will answer the question of how far Ugandan football has grown domestically since the last edition in 2018 in Morocco. Back then, Uganda exited at the group stage after underwhelming performances against Zambia, Namibia and Ivory Coast.

Coach Johnathan McKinstry’s team has spent nine days in Cameroon acclimatising to the conditions and after build-up games against Cameroon and Zambia, Cranes will want to hit the ground running in the opener against Rwanda. Uganda’s other opponents in group C are Togo and Morocco.

Although Uganda Cranes have regularly qualified for Chan, the team has never advanced to the group stages. Somehow, the team has always disappointed despite a change of coaches. First was Bobby Williamson, then Micho Sredojevic and, for the last edition, Sebastien Desabre.

It is a trend McKinstry will be keen on stopping in his second tournament as Cranes coach. His first, the Cecafa edition held in Kampala last year, ended on a triumphant note. But there is a chasm in magnitude between the Cecafa tournament and Chan, and McKinstry is aware.

The Cranes are currently in Yaounde, the Cameroon capital, but will be based in Douala for the tournament proper. The weather is hot and humid in Yaounde and the early arrival has allowed the team to get used to the conditions there, according to Fufa Communications director Ahmed Hussein, who travelled with the squad.

Chan will be a measure of how competitive the Uganda Premier League is. The selection by McKinstry is arguably the best it could have been and the addition of veteran Tonny Mawejje, now back at Police FC, is to offer leadership, experience and mentorship for the younger players.

But seeing how Cameroon will play host to next year’s delayed Africa Cup of Nations edition, Chan will also offer the coach a chance to assess some of his players in tournament football. Players like Halid Lwalilwa and Karim Watambala, who have featured in the Afcon qualifiers, could make the Afcon squad next year.

With the Covid-19 pandemic not relenting, organisers have maintained strict SOPs for the squad and officials of participating countries to ensure that by the time the competition kicks off proper, the teams are all healthy. After Rwanda, Uganda will play Togo before winding up the group matches with a showdown against the holders Morocco.