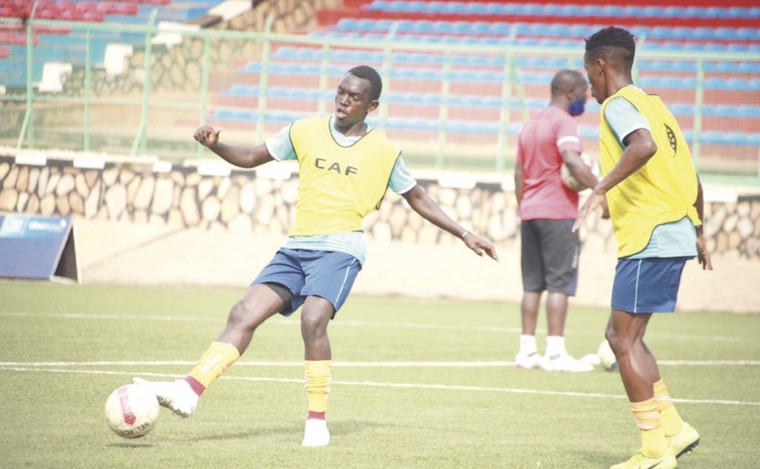 Although 2021 is still very young, historical moments are already unfolding. On January 2, it was revealed that KCCA FC would host their Caf Confederation Cup second leg clash with AS Kigali of Rwanda at the St Mary’s stadium in Kitende, the home of their arch-rival, Vipers SC.

Social media was awash with Vipers fans mocking their KCCA counterparts for not having a ground that met the Caf standards. Although this was considered the usual banter KCCA and Vipers fans normally engage in to dis each other, the crux of the matter, is that the delay to develop their stadium is subjecting KCCA to indignity.

Since 2017, when the KCCA chairman was Julius Kabugo, and the authority was under the tutelage of Jennifer Musisi as executive director, the club unveiled a Shs 55 billion stadium development impression. By then, development appeared to be on course in not more than a year.

But three years later, the MTN Omondi stadium remains largely as it was three years ago. Anisha Muhoozi, the club chief executive officer, admitted that there had been some delay although she was confident that works on the stadium will certainly get underway soon.

“We plan to have a ground-breaking event to kick-start the first phase of our stadium development. Due diligence had to be done regarding all government institution processes relating to which contractor received the permit to do the job, and also the bidding process. But everything is nearly in place now, to get us underway,” Muhoozi said.

Until then, KCCA have to bear with the embarrassment of having to seek assistance from Vipers, to allow them use their stadium for continental engagements. The St Mary’s stadium remains the only one here, that Caf has certified to be of international standard.

Not even Namboole stadium measured up. As such, Muhoozi told The Observer that all along, they knew their stadium was not permitted to host continental club games, when they reached the group stages. Caf had made it very clear to them since 2018, when they hosted clubs like Al-Ahly and Esperance in the Caf Champions League at Namboole.

Without a referees room, a medical room and a permanent stand for the pavillion, where VIPs are expected to sit and watch a game, KCCA’s home remained unacceptable to Caf. Muhoozi said the first phase of the development will be addressing those issues, and she remains optimistic that something will be on the ground by the end of this year.

The overall budget for the project came down from Shs 55 billion to 10 billion. At least Shs 2 billion is to be used on stadium development each year for the next five years. Yet, the hope for that, did not make the communication KCCA received on December 18 any easier.

It stipulated that Caf had not passed their stadium to even host games in the preliminary stages. Muhoozi said that decision caught them by surprise, as it did not allow them much time to find another venue. Nonetheless, Muhoozi said they remained resolute to find a suitable ground in Rwanda, Kenya or Tanzania to host their games.

Kitende was not even in consideration, because there is no love lost between KCCA and Vipers. But because of the Covid-19 problems across the borders and the underlying costs (travel and accommodation), KCCA had to swallow their pride and seek Lawrence Mulindwa’s assistance.

Mulindwa, being the owner of Vipers and by extension the stadium, inevitably had to be consulted to allow KCCA use the stadium. And probably, this provided an opportunity for him to rub it in, by charging KCCA a reported arm and leg for the facility.

KCCA faced AS Kigali there today evening (January 6) already handicapped by a 0-2 deficit from the first leg two weeks ago. KCCA lost that tie by forfeiture, after they could not raise a full team. This was because a number of KCCA’s players had tested positive for Covid-19. KCCA needed a 3-0 win is what KCCA to advance outright but won 3-1.