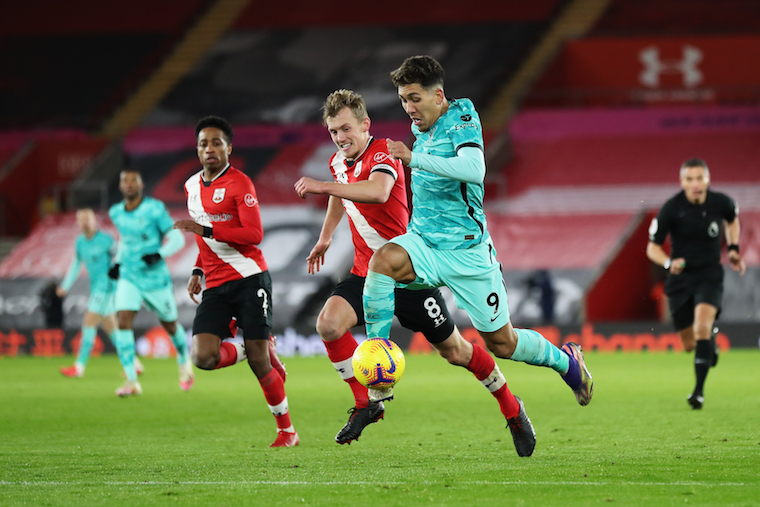 When Manchester United edged out Aston Villa 2-1 on New Year’s day in the English Premier League, their arch-rivals Liverpool were only ahead of them on goal difference. Since then, United has become part of the league title discussion…

Vianney: You guys, do not pretend like you are not seeing the flashlights from Manchester United.

Kabuye: What are you talking about?
Vianney: Well, Manchester United is signaling you Liverpool fellows to get out of the way. Toka kwa barabara (get off the road), Man-U ameyingiya……

Kabuye: And you go where? Do’nt even disturb us.
Vianney: But what language do you understand, you man? Are you the only one who does not see the Man-U wave?
Spin: Kabuye is simply pretending, but he is shaking in his boots.

Kabuye: That Man-U is going to fall off before you even know it. You guys do not realize that the person you are talking to is the champion.
Vianney: Keep saying that. But know you are going to be a one-time wonder. It seems you do not know United.
Sebugwawo: Kati ono Vianney akyamuse…. How can you even expect Manure to beat Liverpool to the league title?

Vianney: You can call Man-U manure. But you are going to pay for it, when United wins the Premier League title this time.
Kabuye: Man-U is coming to Liverpool in a week’s time. They will see fire.
Vianney: Boss, it appears you have forgotten about United’s track record at Anfield.
Bamulanzeki: Mwe, Arsenal is finally back. I wonder when we are playing Man-U.

Spin: But why don’t you know your size? Your size is West Brom.
Bamulanzeki: Webale nnyo ssebo. So, when we beat you 1-0 at Old Trafford, that was West Brom, right?
Vianney: Naye gwe... when Arsenal was on a bad run, you never came to work.

Zziwa: But what happened to Frank Kisakye.
Mugalu: With what is happening to Chelsea lately, leave the man alone.
Zziwa: No. We must be concerned about our colleagues. The man was waliking with a bounce recently, because of Chelsea.

Magus: By the way, we need to find Kisakye? because someone can easily commit suicide, when we do not know.
Vianney: Let me ask his Chelsea colleague, Jeff, about him.
Jeff: Ah, ah, ah, ah….guys, mundeke. I have enough Chelsea stress.