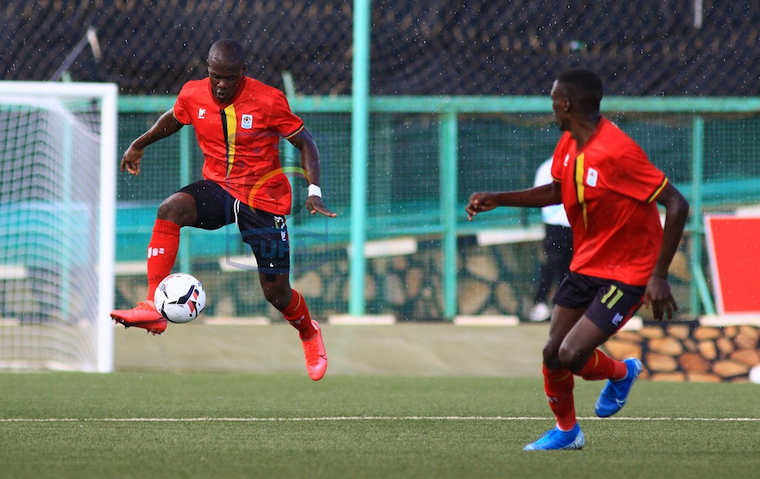 The Group B match was played at the St. Marys Stadium, Kitende without fans because of the strict COVID-19 protocols. Early in the first half, David Sebit Omot had his free-kick saved by Uganda’s goalkeeper Dennis Onyango in the 10th minute before Farouk Miya’s shot also narrowly missed the target.

In the second half, the South Sudanese team continued to pile pressure on Ugandan defenders through Tito Okello and Makueth Wol.

Lwaliwa who replaced the injured Ronald Mukiibi made the difference when he nodded home Uganda’s only goal after 85 minutes. Lwaliwa jumped and headed in a well taken Miya free-kick to beat South Sudan goalkeeper Ramadan John Mayik Diing.

“I am happy that I came off the bench and scored this important goal for the national team,” said Lwaliwa.

Uganda Cranes coach Jonathan McKinstry said although it was a difficult game, he is happy that the team picked maximum points.

South Sudan coach Ashu Cyprian Besong said they need to go back to the drawing board and prepare for the game on Monday against the Cranes in Nairobi. South Sudan play in Kenya because their national stadium in Juba is undergoing renovation.

A win next week will all but confirm Uganda's qualification for the Afcon tournament, which will be staged in Cameroon in 2022 to accommodate the CHAN edition next year.

Originally scheduled for early this year, CHAN was switched to 2021 and Uganda Cranes are among the teams that qualified to take part. Uganda and Burkina Faso are joint top with 7 points each.