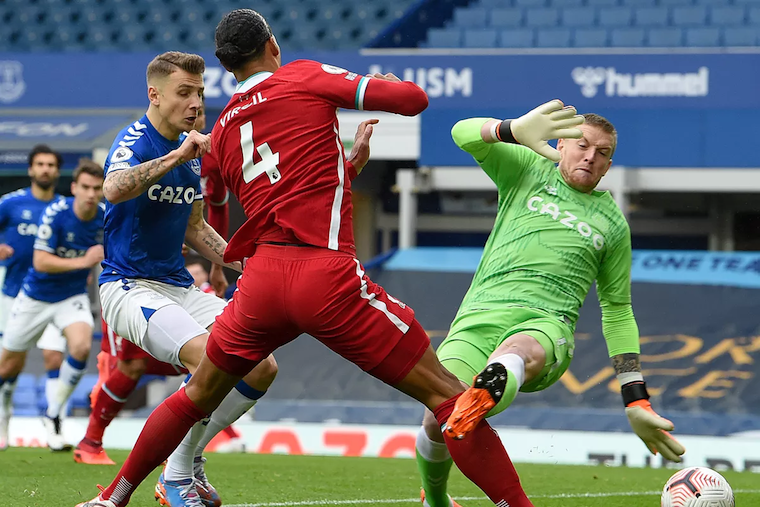 Dropping points against Everton was a setback for Liverpool last weekend. But the long-term injury suffered by their captain Van Dijk has them even more worried about the prospects of their title defence...

Mugalu: Man, these guys are unbelievable. They injure our defender and do not even get the goalkeeper sent off.
Spin: Naye, what was Van Dijk doing in front? I do not remember him being classified as a striker.
Kabuye: Now you hear such talk.

Mugerwa: Ha, I wonder whom Liverpool are going to replace Van Dijk with. Spin: They have Xherdan Shaqiri. Can’t he play there? But really, Jurgen Klopp thought that Van Dijk was a machine available for every game.
Vianney: Perhaps that is the reason Klopp sent away Dejan Lovren.
Spin: And the boys were looking critically, and they knew which spot to target, in order to weaken Liverpool.
Mugalu: I cannot believe these Premier League people honestly. They are conspiring to deny Liverpool a successful title defence.

Sebugwawo: Man, these Manchester United people are paying the FA to victimize us.
Spin: But what has Man-U got to do with Liverpool?
Sebugwawo: There is a VARpandemic going around surely against Liverpool.

Kabuye: That is not true. How did VAR help us win the league?
Vianney: Have you forgotten how Man-City was denied a blatant penalty, after Alexander Arnold handled the ball?
Bamulanzeki: Against Tottenham last season, Robertson clearly kicked Sissoko on the shin in the penalty box, but VAR was switched off.

Vianney: Wolves scored a goal against Liverpool in similar circumstances last season, and it was chalked off, because Jonny, their forward was marginally offside.
Hossam: Liverpool should do what Idi Amin advised boxers; knock out your opponent.
Kabuye: Ha, these Man-U people are talking a lot after beating a weak Newcastle side 4-1.