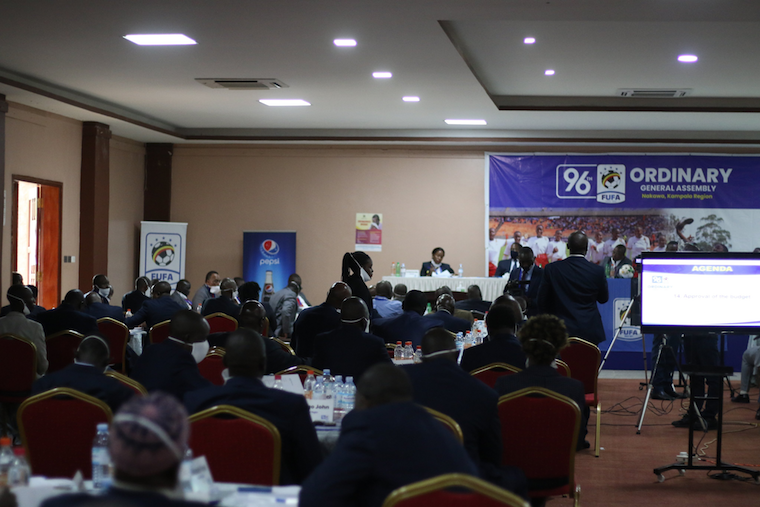 At the 95th Fufa Annual General Meeting (AGM) in Adjumani district last year, the headline story that emerged out of the sitting was Fufa President Moses Magogo’s two-month suspension by world soccer-governing body Fifa. It was a story that rocked football in the country.

This year though, last Saturday’s 96th AGM at Silver Springs hotel in Kampala passed without drama with the federation listing the developments that have transpired in the last 365 days of a pandemic-struck football calendar year.

Fufa passed a budget of Shs 36 billion for the new financial year. The money will cover the 10 focus areas of the federation that include national teams, administration, football development, infrastructure, competitions, marketing, membership, communications, governance and Office of the President.

Magogo noted that construction work on the Kadiba project had entered the second phase with the federation keen on transforming infrastructure in the game.

Former Uganda Cranes player and ex-Fufa head John Baptist Ssemanobe was recognized with a special plaque for his services to football by the federation. Other individuals who got a similar award were Eugene Katamba Ojuku, the first chairman of the Fufa Women’s standing committee, and Charles Kabugo Kakunta, a former member of the Makindye District Football Association. Each of the three was handed Shs 1 million.

Ssemanobe’s recognition goes some way to show how Magogo has progressed in building bridges with individuals who were previously seen as his adversaries.

Ssemanobe was Fufa president between 1989 and 1992. He also played for and coached Nsambya in the Uganda Super League. Of the 88 delegates who compose the Fufa AGM, attendance was made by 73.

Next year’s AGM will be an elective one and former URA chairman Ali Ssekatawa has already declared his candidature. He is expected to rival Magogo, who has been president of the federation for the last eight years.

The Fufa Electoral Committee for the years 2020-2024 was also passed. It will be steered by Mathias Bwiire while the members are Rita Aliguma, Dennis Ojwee, Joram Katende and Richard Mpaaka.