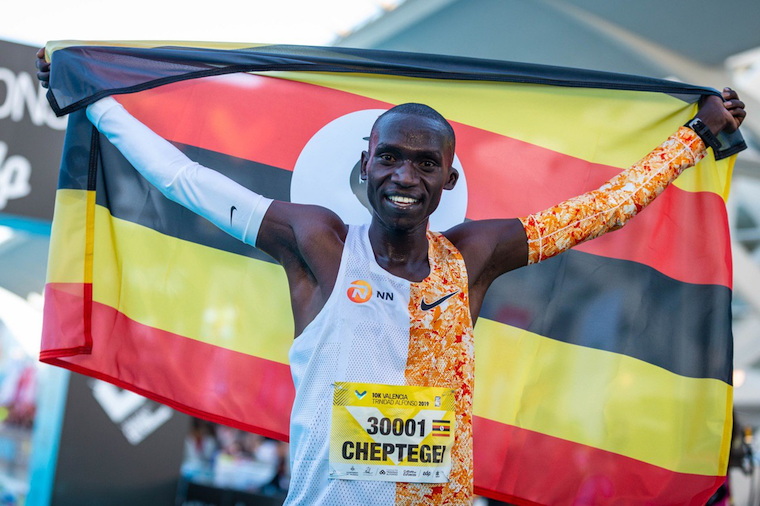 Joshua Cheptegei will presumably be the main attraction this Saturday, October 17, as he makes his debut in the World Athletics Half Marathon Championship in Gdynia, Poland.

However, for Cheptegei, the fact that he has added the 10,000 metres record to the 5,000 metres one he set in Monaco during the Wanda Diamond League in August, is already behind him, and the focus is breaking new boundaries.

“My preparations over the last few months have largely focused on the track races in the 3,000 metres, 5,000 metres and the 10,000 metres. But because of the level I am at right now, why not go for the half marathon? I could surprise people,” Cheptegei said.

It is unlikely that Cheptegei can surprise many anymore, considering his recent feats. On top of his most recent mind-blowing achievements, in 2018, Cheptegei set a world record for the 15km road race. At a road race in Monaco earlier this year, Cheptegei set a new world road 5km record of 12:51, breaking through the event’s 13-minute barrier, taking nine seconds from the previous best time of 13:00, set by Kenya’s Sammy Kipketer in 2000.

In addition, Cheptegei became the cross country world champion in March 2019 in Aarhus, Denmark. Right before then, in February 2019, Jacob Kiplimo (28:57) had beaten Cheptegei (29:08) in a cross country event held in Tororo.

The same Kiplimo finished right on Cheptegei’s tail in second while in Aarhus by a difference of four seconds. This points to how competitive the race in Poland is expected to be with Kiplimo, the 2017 world cross country junior champion also on the horizon.

The two are touted among the best long-distance runners today, with Cheptegei winning four and losing twice in their last six meetings. None has stood out more than the IAAF Country Permit in Seville in January 2019. Kiplimo won that 10km cross country race in 27 minutes 48 seconds. Cheptegei finished second in 28 minutes 4 seconds.

Furthermore, Kiplimo has shown good form too recently. In September, he won the 5,000 metres race at the Ostrava Golden Spike Championship in the Czech Republic. Kiplimo did it in 12:48.63. While this was a whopping 13 seconds behind the new world record set by Cheptegei, he acknowledged the path of greatness his compatriot is on.

During an interview recently, Cheptegei told The Observer that Kiplimo is certainly a top athlete who can do great things. Cheptegei added: “Jacob [Kiplimo] is a top competitor. But that is good for Uganda, that many world-class athletes are emerging.”

Meanwhile, Moses Kibet, Stephen Kissa and Abel Chebet are the other male athletes that will complete team Uganda in Poland. In that case, Uganda has a chance to have both individual winners and a team victory. Namayo Mawerere, the spokesperson of the Uganda Athletics Federation said this is the strongest team they have ever sent.