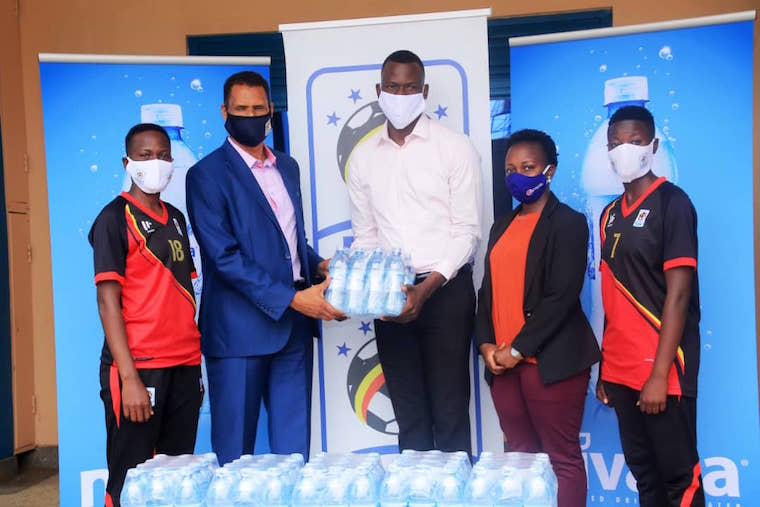 Women’s football in Uganda realized a milestone this week when Crown Beverages extended support to the national under-17 girls football team.

The company, whose flagship brand is Pepsi Cola donated 400 cartons of Nivana water to the team on October 5. The timing of the support, is to boost the team’s preparation for their World Cup qualifier against Cameroon on October 31, presumably at the StarTimes stadium in Lugogo.

Crown Beverages are the first corporate company to support the under-17 girls national football team, a mark of its growing traction. Ahmed Hussein, the Fufa spokesperson told The Observer that they were delighted for the support Crown Beverages had extended to the team.

“That is a fraction off Fufa’s budget that has been cleared by them,” Hussein said.

About Shs 7 million is covered by that quantity of water. And according to Hussein, the team needs at least 15 cartons of water every day. With that logistic sorted, Fufa can concentrate on finding resources to cover other facets of the game like air tickets among other things.

That said, Crown Beverages’ decision to lend a hand to Fufa, shows how popular the women’s game is becoming. Hussein noted, that back in 2014, they chose not to enter any women’s team into international competition, in order to give that section of the sport to grow in capacity.

There were not enough girls playing football, following struggles the women’s game was facing hitherto. And Fufa had so many other financial demands to cover, and with no corporate sponsorship spread across, the women’s game stagnated a bit.

Yet, now, it is on the rise. In March, the under-17 girls beat Tanzania in the return leg in Lugogo 5-0 despite a 2-1 first-leg defeat in Dar es Salaam. The 6-2 aggregate score was not only a mark of character but also growth in the women’s game.

As such, the trajectory of the women’s game has looked good, and according to Hussein, more corporate companies will soon join to boost the women’s game, as they aim to make it to the under-17 World Cup in India next year.