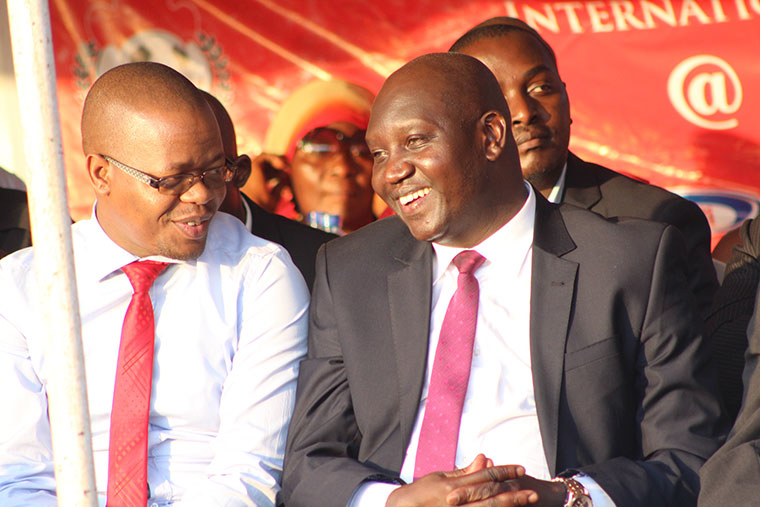 Fufa has been subtly central in proceedings at SC Villa for the greater part of the last eight years. Therefore, in the fifth part of these series: Sixteen Years of SC Villa Drought, JOHN VIANNEY NSIMBE examines their role in the leadership conundrum at SC Villa...

Sports Club Villa has had a profound affinity with the Sheraton hotel, Kampala. It was there, back in July 2010, that Fred Muwema was unveiled as the new club chairman. At the same Sheraton hotel, William Nkemba’s reign as ‘Interim President’ began in July 2018.

Coincidentally, at both these occasions, Moses Magogo, the Fufa president, was present. In 2010, he came to witness the passing on of a torch from Franco Mugabe to Fred Muwema. Yet, in 2018, he tried to throw his weight around the one who became Villa boss.

However, while Magogo wanted Edgar Agaba or Dennis Mbidde to become Villa boss, Omar Ahmed Mandela and Mugabe chose Nkemba. And by the fact that no elections have been held, as had been agreed, Magogo’s influence was dashed.

Throughout the preseason to the 2012/2013 top flight league, the Lawrence Mulindwa-led Fufa and the Uganda Super League Limited (USLL) were at loggerheads. This all stemmed from the SuperSport sponsorship deal, which Fufa is said to have wanted to be in charge of lest they frustrated it.

While Fufa denied this being the case, the actions of Magogo and Mujib Kasule, both of whom were Fufa vice-presidents then, were to the contrary. After Kavuma Kabenge (Express) and Muwema (Villa) refused to submit to Fufa’s whims, Fufa started another league called the Fufa Super League (FSL) to sabotage the USLL.

Yet, without Villa and Express, what league would it be? So, Fufa, with support from some fans of the respective clubs, pulled the rug from under Muwema and Kabenge, when they created a pseudo Villa and a pseudo Express, to play in the FSL. Fufa vehemently denied being behind this move, but actions spoke louder than words.

They recognized the breakaway teams, allowing them to play in the FSL, well aware that the legitimate Villa was headed by Muwema. As Villa went into the hands of the fans, a leadership vacuum was created at the behest of Fufa. Villa was now amok; a stark contrast from the stable one of two and a half years prior.

The breakaway Villa did not have a management that could sustain the club financially. So, they sold the top players of the Muwema reign. Steven Bengo and Herman Wasswa joined KCCA before the start of the 2012/2013 season second round, while left-back Isaac Muleme joined Sports Club Victoria University.

By then, Wasswa was the league top scorer with 11 goals. Bengo was in the form of his life, as was Muleme. But because the fans who ran the club then could not afford to pay those players something they felt comfortable earning, they were better off at KCCA. It turned out that KCCA won the league in 2013 and 2014 with the aid from Villa.

During the aforementioned seasons, Fufa president Lawrence Mulindwa and Magogo contacted Immanuel Ben Misagga, to come and reclaim a throne he had been denied in 2005: “Villa was in a state of anarchy. And so Mulindwa and Magogo advised me to come and take charge. So, I started extending financial support to the club from where I was in Zambia,” Misagga said.

And in July 2014, Misagga was voted Villa president using the old constitution, that had last been used in 2005. The forming of the SC Villa Limited board, appeared to have condemned that constitution to the archives. Yet, such is the unending intrigue at Villa.

In 2018, as Misagga prepared for re-election, streams of news started coming out of the Fufa corridors, that he was illegitimate. Yet, the same Fufa had in all previous years approved of his leadership. A document indicating that Villa was owned by Lusaka Commodities (a company owned by Misagga), was released by Fufa.

The purpose of this information, was to show that Misagga purported to own Villa. This happened once Misagga said he had intentions to become Fufa president in future. But rather more interestingly, the same people at Fufa house, that helped hand Misagga control of Villa, (with total disregard of the still existing legal structure of the club as a limited company), had also pulled the rug from under his feet.