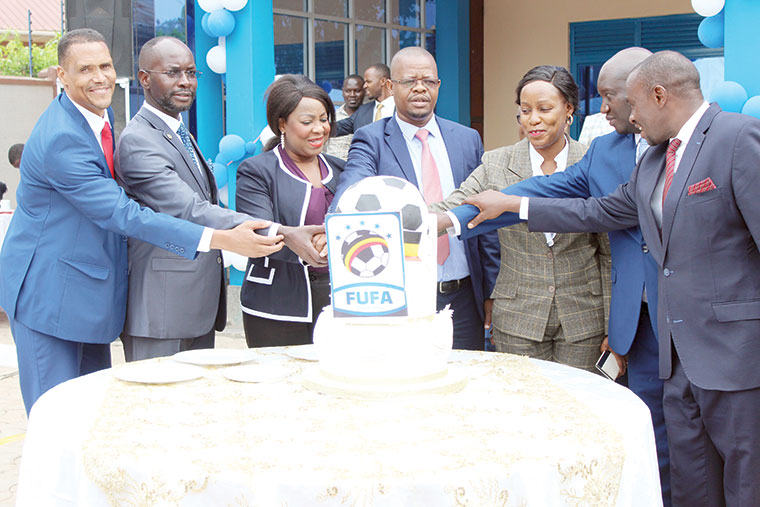 In the just-concluded NRM primaries, a host of sports administrators expressed their intent to become members of the august House in next year’s national parliamentary elections.

They were led by Fufa president and Caf executive committee Member Moses Magogo, who was resoundingly endorsed in Budiope East (Buyende district) over incumbent Geoffrey Dhamzungu. Rogers Byamukama, a Fufa executive committee member, also stood in the race to be the NRM flag bearer for Masindi Municipality but lost to incumbent Ernest Kiiza.

So, why the sudden influx of sports administrators into national politics?

Sports minister Obua, who cruised to victory in Ajuri county in Alebtong district, believes more members in parliament will enhance the sub-sector’s prominence in national politics.

“We would have more voices for sports in the national assembly, which can’t be a bad idea at all for our interests,” the youthful Obua told The Observer.

His sentiments were echoed by Magogo. “For a longtime, we have taken a back seat as people decided policy issues for us,” Magogo said.

“But as sportsmen, it is only right that we contest to make it into the House such that we can shape our agenda because I believe we as sportsmen understand the issues that affect us best.”

Babu, who was elected the party flagbearer for Kampala Central, believes that it is important that the business of sports is translated for the legislature and executive.

“The parliamentarians that come from the sub-sector must table bills that clearly articulate the return on investment for sport.
“We must turn the idea that sports is a consumptive sector into the reality that it is a highly productive sector.”

Bright Stars chairman Ronnie Mutebi is enthused by the number of sports leaders who have joined elective politics.

“They will influence policy not based on anything but sound understanding of what the game brings on board.”
“They have understood the demands of sports in the social, economic and cultural perspectives.”

Mutebi, however, expressed reservations on whether Magogo would suitably execute the roles of an MP and Fufa president.

“First, Magogo has done commendably well as Fufa president. That, you have to give it to him. But the level of responsibility and the demands that come with both positions is very high.

“Holding both risks watering down the good things he has done. Whereas it is fantastic news for us football people to have a person of his experience and stature in the game making it to the highest political platform, it undermines the element of functional checks and balances,” he added.

Mutebi wondered how Magogo would be a policymaker, and then be subject to it. “You can’t formulate policies or laws, supervise them, implement them and again check yourself for compliance.”

But Magogo views it differently.

“First, I was born and raised in Budiope East. I studied there, was nurtured from there and my life story is nothing without Budiope. So, I take it as my right to grow the area that made me who I am today.

“Secondly, there is a lot of talent in Uganda that must be tapped. By talent, I mean talent in all forms; be it sport, music and art. Our children and future generations must be raised in such a manner that success is not only limited to the conventional academic mode of thinking.”

Magogo, who is proud of his Busoga ancestry, further noted that serving the interests of his people is something that would give him satisfaction and fulfilment. He also reiterated his commitment to the NRM party, whose agenda he intends to popularise.