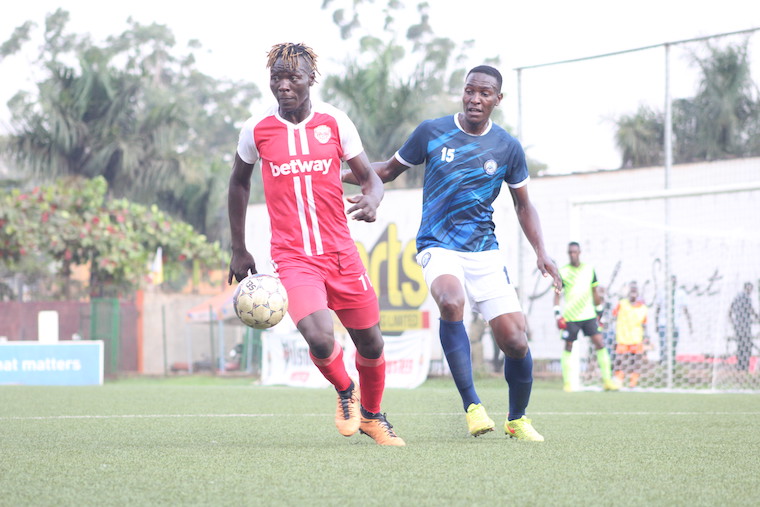 Footballers are the latest sub-sector, the Uganda Revenue Authority (URA) is going to be levying taxes from as it moves to widen its tax base. This move is expected to have far-reaching effects on football as an industry, reports JOHN VIANNEY NSIMBE.

At least 1,000 individuals are formally employed by football in the top divisions, the Uganda Premier League (UPL) and the Fufa Big League.

Yet, without formal contracts hitherto, it was difficult to ascertain how professional Ugandan football was. However, with the strict Fufa regulations to football clubs to provide their staff, particularly players with contracts, that has changed. It has also given URA an opportunity to track the football workforce, who, with immediate effect are going to be subjected to the income tax law.

All footballers that earn not less than Shs 230,000 ($62) a month will be paying 10 per cent of it as ‘Pay As You Earn’ (P.A.Y.E) to URA. How this affects the industry, particularly the footballers, and all those employed by the industry remains to be seen. Decolas Kiiza, the deputy Fufa CEO told The Observer, that this was a positive development because clubs are going to be compelled to formalize their relationships with players.

“You have to make a contract with a player, that is submitted to Fufa. It is through contracts, that URA can track what the footballers have to pay monthly, as part of the wider tax base.”

This Kiiza added with players expected to remit P.A.Y.E, will be incumbent on them to agree on contract terms, factoring in they have taxes to pay.

However, Mujib Kasule, the director Proline FC feels that such a scenario is going to put clubs under a lot of pressure to pay players what they want as their net pay. Kasule feels that football in Uganda needs to be treated the same way the agriculture industry is, by giving them tax holidays: “And when the industry grows, starts making profit, URA will have every reason to tax it. Right now, taxing the players in the football industry ultimately comes back to hurt the club owners.”

Therefore, the argument that it is from a player’s salary that P.A.Y.E is remitted to URA, so clubs should not be affected, Kasule said the burden comes down to the club owner eventually. He or she will be compelled to give a player a pay rise, because it is unlikely, that with the recent development, any footballer can maintain the same contract, well aware, that their take-home is going to reduce tremendously.

Under such circumstances, the option for the employer may be to fold, because even the 10 per cent a club has to top up on the player’s 5 per cent to NSSF will eat into the team’s budget. Some observers feel, that maybe URA could tax football clubs and their employees the way they do it with the one-off licenses shops pay for; say a flat fee of Shs 5 million ($1,351) every year until the industry starts thriving.

Notably, it has been said, that the reason why URA is enforcing this new wave of action on footballers and the clubs they are attached to, has been triggered by the fact, that Fufa pays taxes to a tune of Shs 2 billion annually.

But Vincent Seruma, the head of public and corporate affairs at URA explained why the body has renewed vigour to enforce remittance of income tax by footballers: “These athletes benefit from services the government extends to its citizens. Yet, to have these different services, there are other Ugandans who pay their taxes. But it is only fair, that everyone pays their taxes so that pressure to ensure service provision is not on just a few people.”

Yet to compare Fufa, which received government funding to a tune of Shs 10 billion in the last financial year to the football clubs that largely depend on hand-outs and good-will, appears unreasonable. Football clubs still harbour an informal sector character even amid relative corporate sponsorship.

Apart from the institutional clubs like KCCA FC, URA FC, Maroons FC and Police FC, for example, that benefit from public funds, to run their activities, at most private clubs where profits are rarely reported, taxes may incapacitate them further. In fact, this new URA move has not caught the institutional clubs off guard since they were already remitting P.A.Y.E and NSSF for their players.

Charles Lukwago, the KCCA FC captain confirmed that through his club, he was already remitting P.A.Y.E and the NSSF savings. In light of that Kiiza said, that saving with NSSF was a safety net for footballers, to have what to fall back on, after they have retired.

Kiiza argued that this would help protect the current footballers from being paupers later in life. Living as paupers is something that has befallen many former footballers, that retired without any savings, let alone pension opportunity.